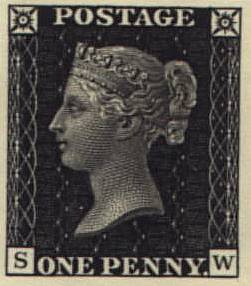 In 1660 King Charles 2nd officially established the General Post Office by act of parliament. In 1840 the first adhesive stamp, the penny black, was introduced. There’s a fair degree more history I skipped because I want to talk about a recent innovation.

Pricing in Proportion was launched on the poor unsuspecting customer in 2006. This changed postage prices from being based solely on weight to being based on weight and letter dimensions. Here is the gauge that is installed at post offices to determine the price band for your letter. If your letter is more than 5mm (0.2 inch) then it costs more. 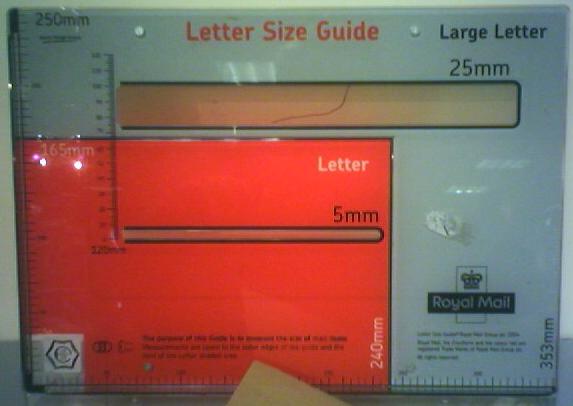 It’s a long trip to the post office and its easy to make a mistake so I tend to put extra stamps on letters to be sureit will get to the destination. What an imaginative revenue opportunity.

But it’s the rework process that really jars with me. If a letter is sent with insufficient postage it’s the recipient who is asked to pay the additional postage plus an administration fee. If you don’t pay you don’t get your letter and you have no way of knowing what you’re paying for. I wouldn’t mind too much except this happens quite regularly with the most common cause being the kid’s birthday cards with badges on the front.

This change has introduced additional complexity and to get around this people like me are regularly over-paying to avoid the risk. So the question is, “what poka-yoke device would sort this out?”