Six Sigma on a Roll 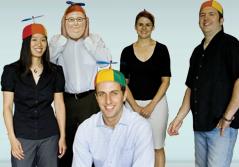 Last year iSixSigma Magazine ran a cover story on PointRoll and the beginnings of their Six Sigma initiative. PointRoll, a leading online ad agency, is a small company by Fortune 500 revenue standards (less than 100 million in revenue) and even smaller Six Sigma company by Six Sigma standards (1 Black Belt and 7 Green Belts when they started).

To some, such a small deployment may not make much sense, but to PointRoll, this little initiative makes dollars and cents in one hand and happy customers in the other.

This year iSixSigma Magazine followed up with PointRoll both in the May/June and November/December issues to see where they had gone with Six Sigma.

PointRoll focused their first projects in production engineering and creative services. Now with almost two years of project work under their belts, they continue to find more ways to improve the business. In 2008 they introduced Lean and have trained 42 people in Lean principles. Their deployment has now grown to 1 MBB, 3 BBs, 4 GBs and 2 Lean Belts and they have started a DMADV project as well.

PointRoll’s Chief Executive Officer, Jason Tafler, will be a keynote speaker at the iSixSigma Live! Miami conference in January. A “must see” for small companies just starting out on the Six Sigma journey. He’ll give insights on how his company has built a solid Six Sigma culture amidst a cool atmosphere of creativity and innovation.