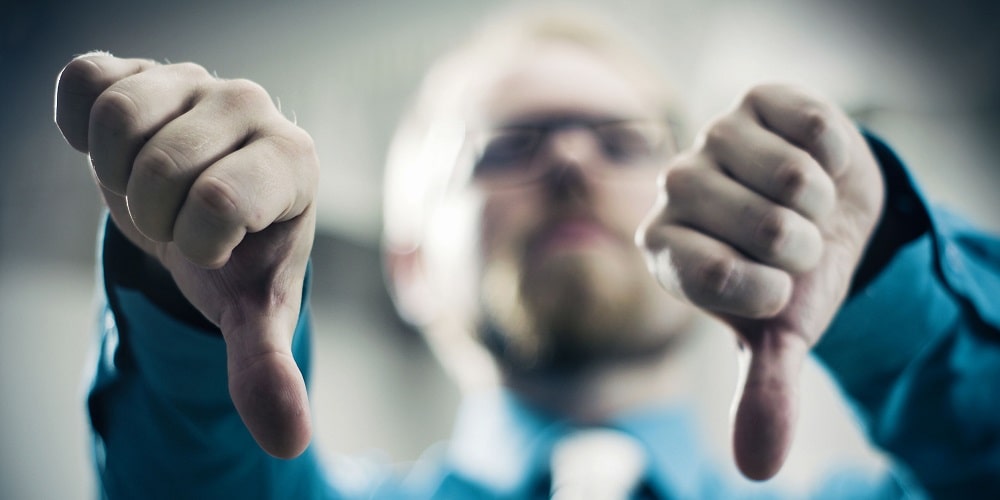 Over the years, I have had numerous inquiries from readers about overcoming opposition to Six Sigma. Interestingly enough, I have also experienced this opposition when speaking with prospective or existing clients, some of whom have asked me not to mention Six Sigma but to speak to tools in a generic fashion. Obviously, opposition to the method is a common deployment obstacle.

Practitioners typically encounter four types of resistance to Six Sigma: technical, political, organizational and personal. In order to resolve this negative force, they must classify the type of opposition they are encountering, understand its root cause and then adjust their deployment strategies accordingly.

History of the Push Back

In the late 1990s and early 2000s there was a growing consensus that Six Sigma was not a “flavor of the month” process improvement methodology. It had crossed over from manufacturing to service industries, including the financial and healthcare industries. Adoption was relatively high, and opposition low. Companies were delighted with the methodology’s accomplishments and sustainability. But stakeholders have become more cautious of using the Lean and Six Sigma terminology, tools and methodology.

While the terminology may be intimidating, Lean and Six Sigma tools have brought much success to corporations. Therefore, practitioners must work to overcome this fear. To do this, they must investigate the root cause of the opposition.

Change Should Not Equal Loss

The root cause of opposition can be seen in an exercise featured in the article “The Change Game: Engaging Exercises to Teach Change.” To play, participants are asked to change things about their physical appearance. Surprisingly, people often begin by taking off pieces of jewelry or clothing. During the post-game debrief, participants note a strong tendency to think of change as a loss – they must lose something in order to change.

If change is somehow equated with loss, how can practitioners expect any Lean Six Sigma program to be successful? The answer is to identify, motivate and mobilize their teams in order to increase commitment and eliminate the fear of loss. This can be accomplished through a stakeholder analysis.

Stakeholders control critical resources or own key processes impacted by change. They have needed expertise. They are influential in how other critical stakeholders think. They can block projects – directly or indirectly – and must approve certain aspects of those projects. It is important to identify key stakeholders or those stakeholders who have leverage or influence over other stakeholders. Once identified, practitioners should document each stakeholder’s level of support or opposition to the quality initiative.

There are five possible levels of stakeholder support:

Practitioners do not always need strong support from every stakeholder; however, all stakeholders need to be aware of the change because neutral or moderate support may indicate that they do not know of the initiative. Practitioners should document the plan or actions required to bring the respective stakeholders up to the required level of support (Table 2). 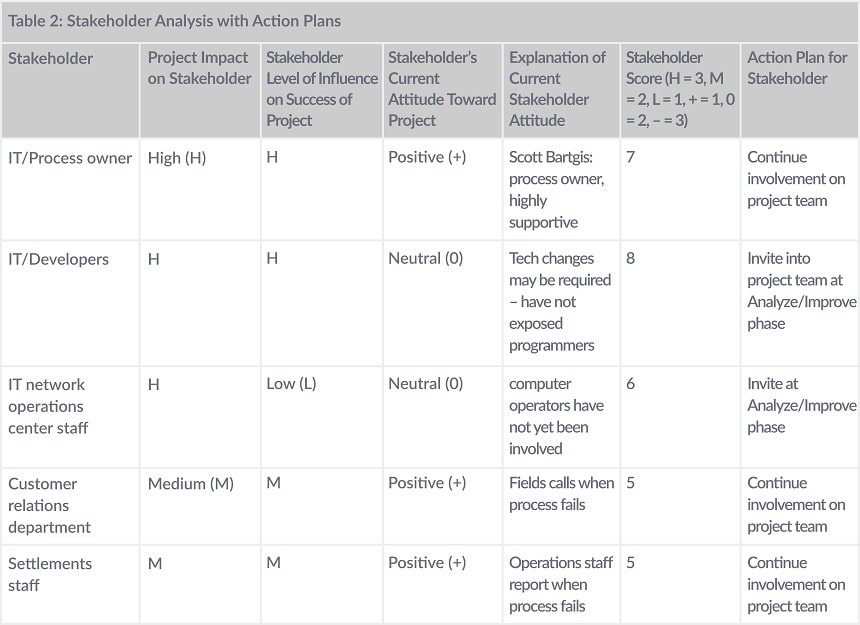 While I’m really good with PowerPoint animations and can maneuver around a database, I am not a wizard with the computer. Most of my technical skills are either self-taught or from observing best practices of my peers. While I want to be an expert at everything, that is not always possible. So, why do I occasionally express opposition to technical aspects? Because I do not want to feel inept. That which is not often understood is typically resisted. Although I pride myself with my accomplishments and deliverables, the computer at times makes me feel insufficient.

This scenario applies to participants implementing Lean Six Sigma initiatives. The methodology is commonly associated with statistics, which can make people feel inept. Many Master Black Belts are trained statisticians who rely more on theory than application.

How to Overcome – In the case of technical opposition, it is vital to eliminate theory and concentrate on training the basics. Make concepts easy to understand by providing real-life examples. Encourage participant confidence by building on their own examples and experiences.

Politics are present within most organizations, and they need to be understood and dealt with accordingly. A former client had a senior manager participate as a stakeholder. This senior manager was extremely intelligent and had a proven track record for her style and approach in getting things done. Unfortunately, she was vocally opposed to the Lean Six Sigma deployment from Day 1 and said she would do the best she could to get the program cancelled and eliminate the need for my team.

It was extremely difficult not to take this as a personal attack. But I understood this as merely political opposition. Political opposition exists when a change is seen as a threat to the status quo. This individual was comfortable using concepts that she believed in and now someone had come in and expected her to do things differently – perhaps affecting her success.

How to Overcome – Political opposition can stem from real or perceived loss on behalf of an individual. Practitioners should distinguish between what is real and what is perceived, and then work quickly to provide reasoning as to what can (and in most cases, will) be gained, versus lost, from the initiative.

Like political opposition, organizational opposition involves the feelings of loss. The primary difference is rather than the loss being attributed to a person, it is attributed more to a group or department. Everyone wants to succeed and be recognized; however, when the recognition stems from factors outside of the organization – like a never-before-attempted methodology – egos can become bruised. A Lean Six Sigma initiative can give process owners the perception that they are no longer in the driver’s seat, making them feel unable to manage their business.

How to Overcome – When dealing with organizational opposition, recognize that it involves ego, a sense of ownership, control and pride. Extreme care should be given to ensure the involvement of process owners so that they are fully engaged and feel a greater sense of control in the improvement process.

I worked with a client who seemed in full support of Lean Six Sigma. She said all of the right things and did not present a negative viewpoint. However, the initiative timeline had fallen way behind and a six-month project was nearing nine months. When asking what the client thought the holdups were, what barriers she was facing and how I could assist with their elimination, she addressed some personal, non-work-related challenges and situations. The root cause for some opposition may be extreme personal stress and fatigue caused by factors outside work.

How to Overcome – Be extremely empathetic with someone who exhibits personal opposition. As coaches, practitioners often find themselves acting as a sounding board for topics unrelated to Lean and Six Sigma. Practitioners should modify their behavior toward these individuals; lessen their workload but increase involvement with these people. Everyone benefits from a little compassion, patience and understanding.