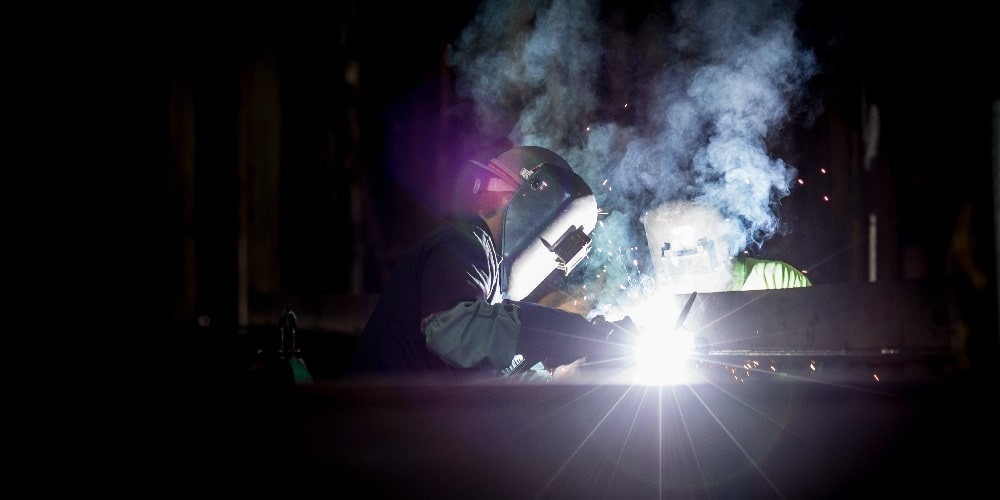 Submerged arc welding (SAW) flux has many applications in the fabrication of oil, gas and water pipelines; gas cylinders; ship building; and surfacing of worn-out mining and material handling equipment. The following case study tracks a project to meet customer demand by fine-tuning the upper and lower control limits used in manufacturing this welding consumable.

The granular ceramic substance known as SAW flux (see picture below) is manufactured by mixing mineral and chemical components in proprietary proportions and fusing the mixture in an electric furnace. The molten product is then quenched in water, dried in a rotary kiln, and crushed and sieved to yield a granular product. The final product is sold in sieve mesh fractions, in a number of sizes. 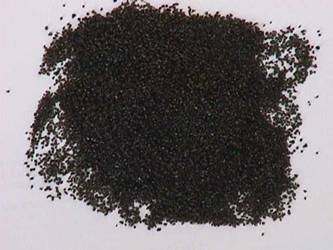 The granular composition is physically added to cover the welding arc zone (hence the name submerged arc). It shields the weld arc zone from the atmosphere, refines the weld metal and peels off after solidification.

The company in this case study was approached by one of its flux-using customers with an unusual problem. By speeding up the welding process and, in effect, increasing operating currents and voltages, the company was experiencing higher productivity. However, the productivity increase also resulted in a dramatic rise in weld defects. Up to this point, they had used SAW flux for more than 10 years with very satisfactory results.

A data collection team was sent immediately to the customer’s location to investigate. Through analysis, the team identified the mesh (particle) size fraction of the flux to be the root cause of the defects. While the company had been supplying the customer with a product designated as mesh 8 x 48 (meaning 100 percent of the mixture would pass through a size-8 sieve, and 0 percent would pass through a size-48 sieve), the new optimal size fraction was mesh 18 x 30. This fraction had upper and lower control limits that were almost 50 percent stricter than what was being currently supplied.

Fixing this problem meant eliminating 20 percent of the company’s currently sellable product. Because India is a cost-sensitive market, price increases to make up for the loss was not an option. Thus, the company began a Lean Six Sigma initiative to reduce product variation to the new customer requirement and simultaneously reduce its operational costs drastically.

The Lean Six Sigma team collected data from the flux creation process and plotted a Pareto chart of where defects occurred. They noted when the flux size fraction did not conform to the new control limits. Of the various manufacturing process points – quenching, drying in the kiln, crushing and sieving – the largest number of defects (75 percent) were found in the crushing stage, with 15 percent taking place in the sieving stage.

Based on this information, the team decided on an action plan. They started by focusing on optimizing the operation of the roller crusher and the sieve decks. Simultaneous 5S (sort, straighten, shine, standardize, sustain) and total productive maintenance programs were initiated for both machinery stations to aid in continuous improvement. The programs included regularly scheduled vibration and alignment checks, and calibration of measurement tools.

Next, the team collected data by varying the operational parameters of the crusher, namely the revolutions per minute, the gap between the crushers and the feed rate. They plotted the data in a Pareto chart and fishbone diagram to help address the process limitations.

The team also carried out a design of experiments, varying the three parameters (roller gap, roller revolution speed and material feed rate). Through these trials they arrived at the ideal set of parameters. Line balancing, movement analysis and takt time studies also were undertaken to ensure a uniform production rate between work stations and breakdown-free production.

One example of the added process improvements based on the data-driven campaign is the placement of photo cells connected to warning buzzers to indicate non-conforming gaps between the crusher rollers. This poka-yoke, or failsafe, system ensured a properly calibrated machine at all times. The rollers themselves were surfaced with a special alloy and machined to ensure smooth, vibration-free operation.

Ultimately, through the strategic application of Lean Six Sigma protocols, the company experienced a more than 30 percent improvement in its bottom line.

View Profile | View all posts by Nadir Minoo Patel
Reducing Variability with DOE – A Case Study on Propagation of Error (POE)
From the Bottom Up: Grassroots Effort Finds Footing at Chevron