An aircraft engine servicing business’ turnaround time for engine repair and overhaul was taking much longer than customers expected.

Customers expected the turnaround to be 45 days, but instead it averaged 62, varying between 50 and 73 days.

This poor reliability meant customers had to have more spare engines available in order to keep their aircraft flying and meet contractual obligations to customers.

A Six Sigma team tackled the problem through a DMAIC Six Sigma project and delivered a significant reduction in turnaround time for customers, as well as achieving cost reductions for their own business.

In a relatively short time period, the engine disassembly turnaround time has been reduced by 55 percent, and overall engine repair and overhaul turnaround time reduced 37 percent.

The reduction in part inventory and work in process and an increase in labor productivity produced nearly $6 million in savings – a tremendous impact to the business and the bottom line. 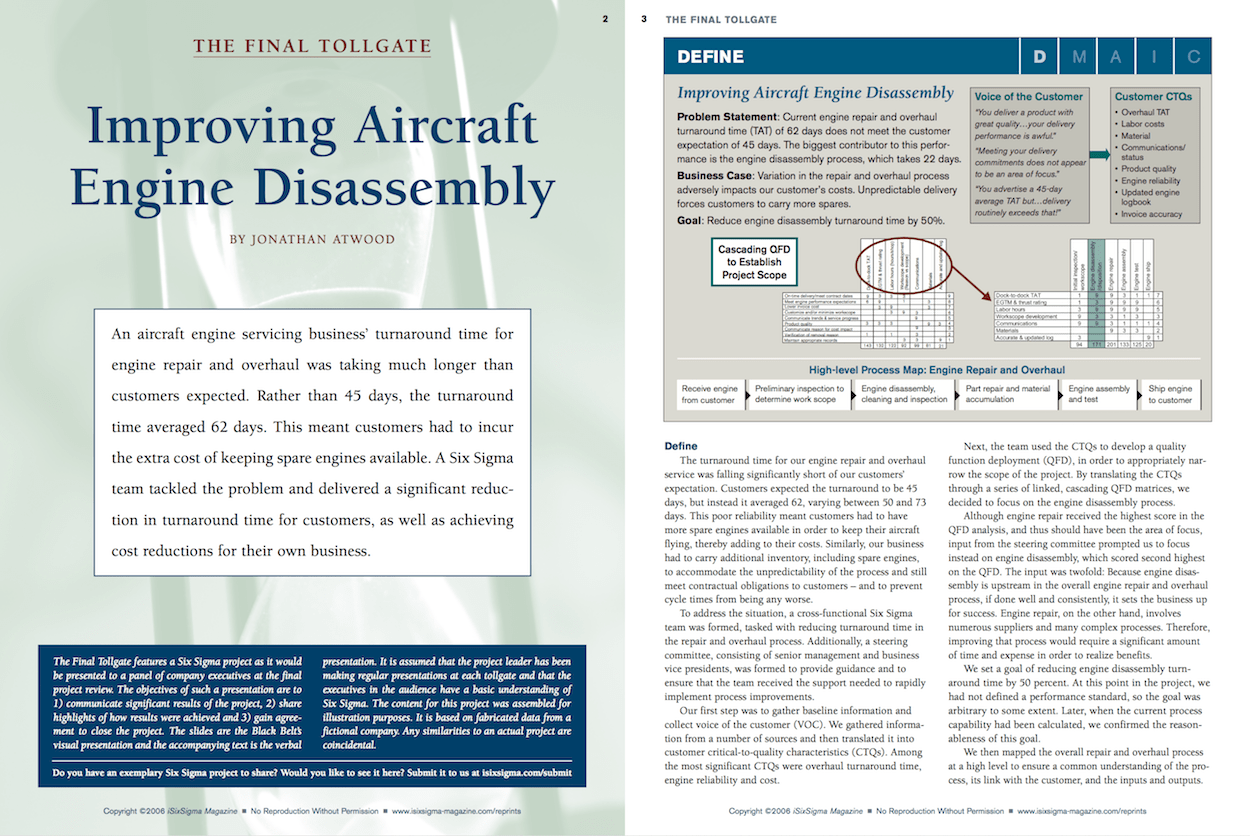 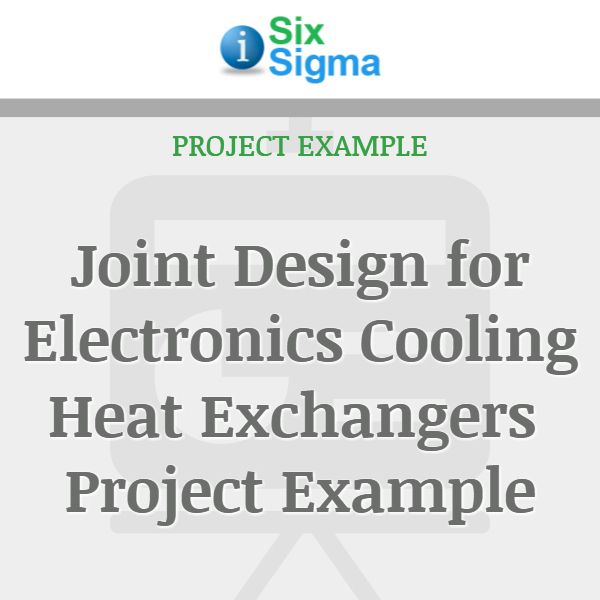 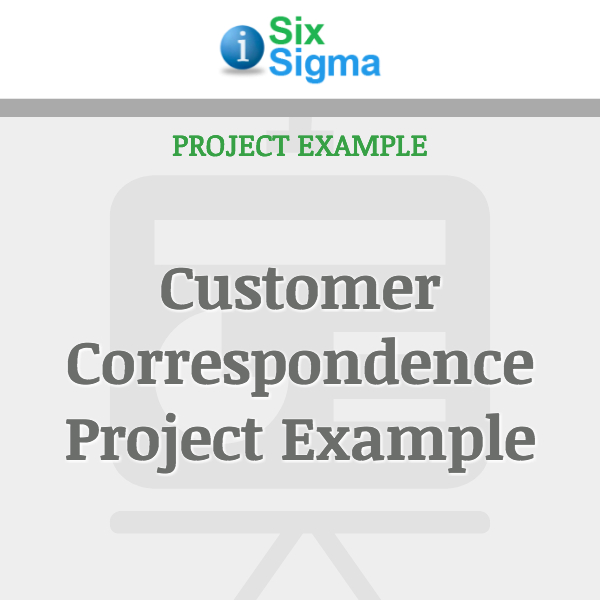 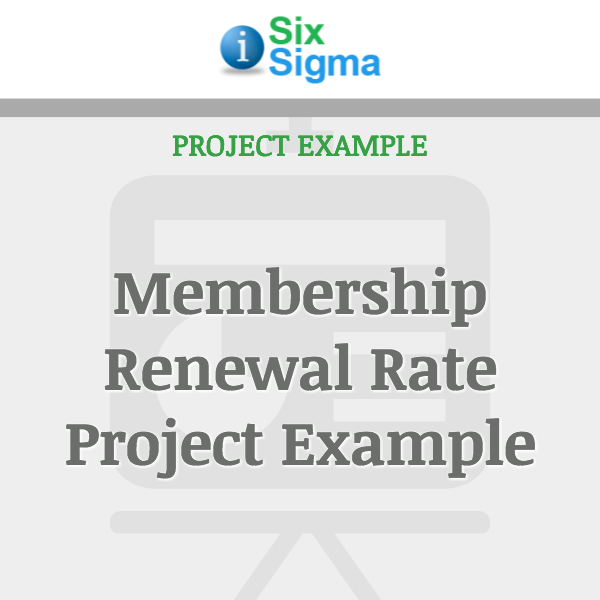 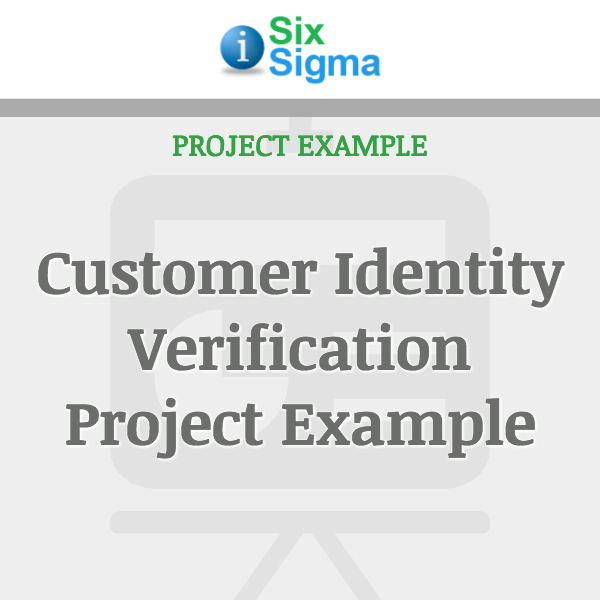