A well-known tenet of Six Sigma is that as defects are eliminated and processes streamlined, customer satisfaction increases. But just how much emphasis is placed on knowing and satisfying the customer varies.

This iSixSigma Magazine benchmarking research sought to learn how companies are interacting with their customers, how Six Sigma is helping them and how successful they have been.

Survey respondents who said that the success of their company’s Six Sigma initiative is defined by
an increase in customer satisfaction reported a significant improvement in their customer satisfaction
metrics more often than respondents who identified any other driver for defining Six Sigma success.
Where the spotlight is focused, resources are deployed, efforts are exerted and results are realized. 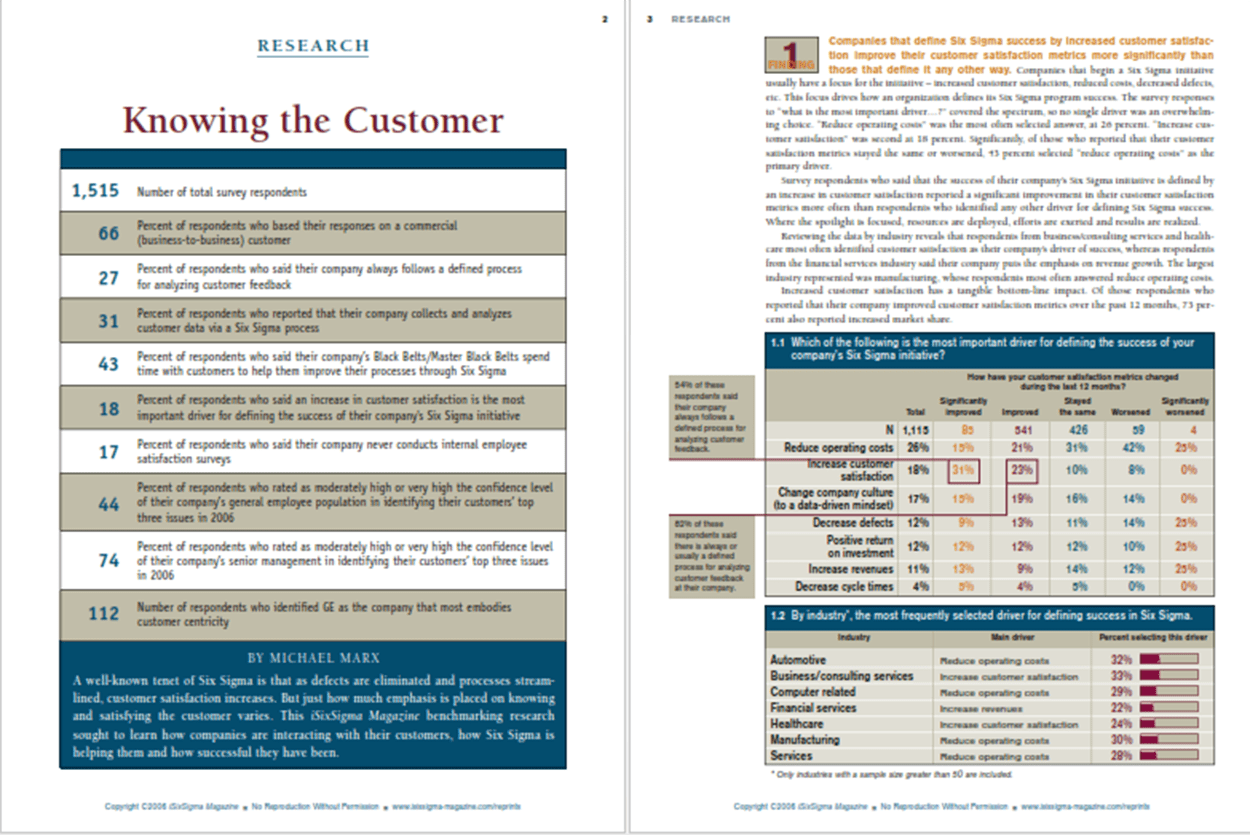 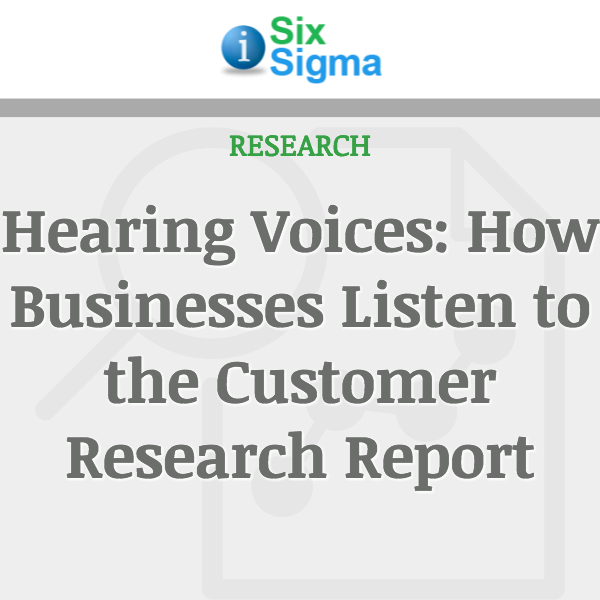 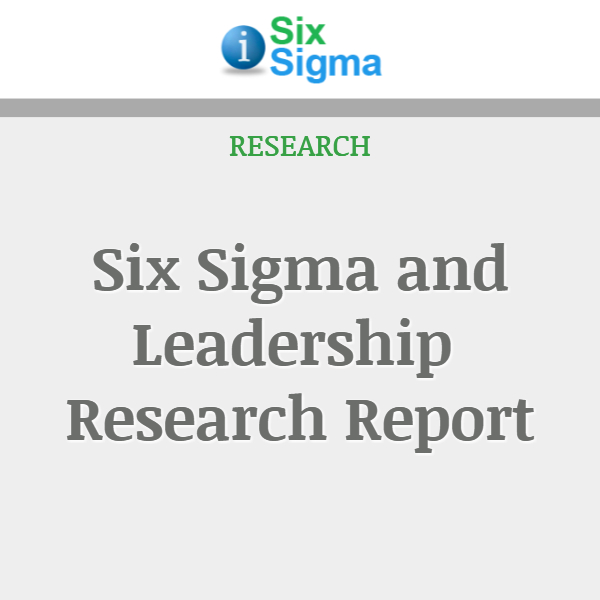 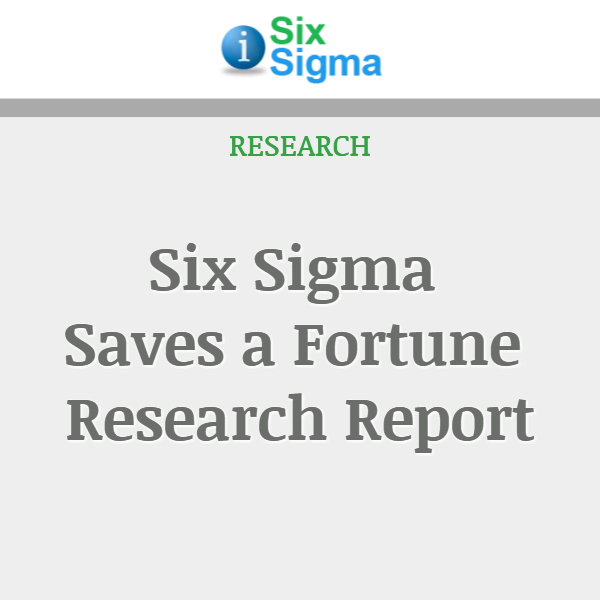 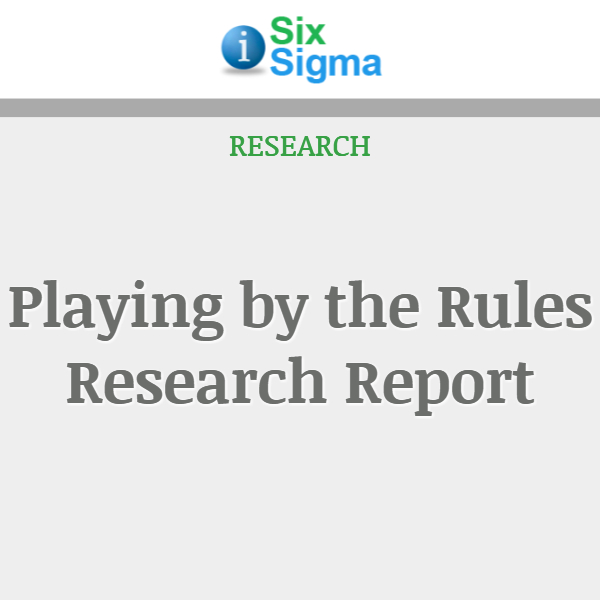