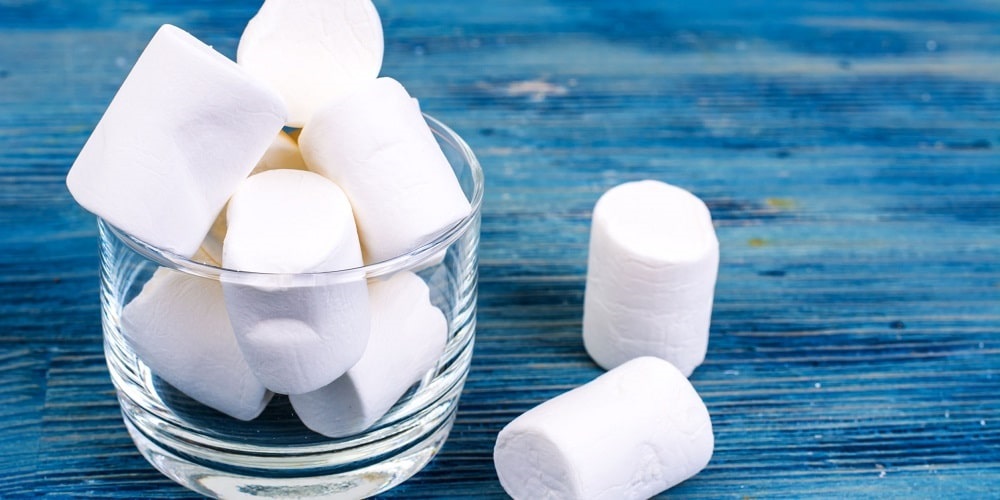 Simulations are a great way to drive learning in any environment. Remember the Marshmallow Challenge? Perhaps you no longer use it because it has “played out its usefulness.” But consider taking this simulation a little deeper, beyond team building, and use it as an example of continuous improvement.

The Marshmallow Challenge was developed as an exercise in collaboration and creativity. The goal was to build the tallest freestanding structure. To do this, each team was provided with a kit containing 20 sticks of spaghetti, three feet of tape, three feet of string and a single, large marshmallow – these are the only items permitted for use in the task. Each team had 18 minutes to 20 minutes (varied depending on the leader) to complete the task. At the end of the allotted time, the height of the structure – from the surface it was built on to the marshmallow, which had to be placed on top – was taken. Teams could not be touching the structure at time of measurement.

Now, let’s discuss a deeper use for this challenge using multiple rounds.

For Round 1, use the original rules. Each team has 18 minutes to build their structure. When the timer dings, measure each team’s result – results generally range from 0 inches to more than 30 inches. 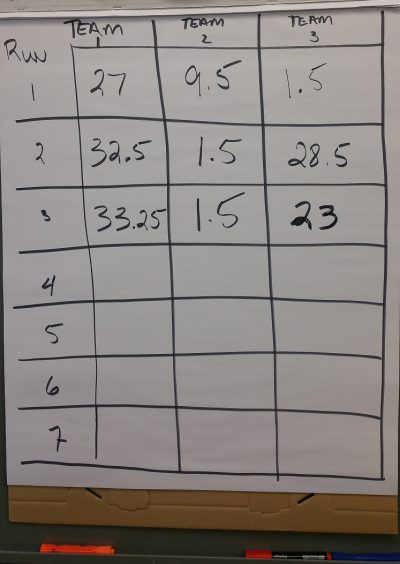 Figure 1: Tracking the Heights of the Marshmallow Structures

Rounds 2 and 3 follow the same rules as Round 1, including no new materials. Challenge the teams to think differently and design differently – even fail differently. At the end of the 18 minutes, again record the achieved heights.

As part of the brainstorming process between rounds, use idea capture sheets (described below). While simple, the process follows the A3 problem-solving theory.

A3 is a structured process consisting of several elements. Start with a piece of paper divided into four quadrants.

The idea capture sheet is designed to work from left to right, similar to, but on a smaller scale than, an A3. 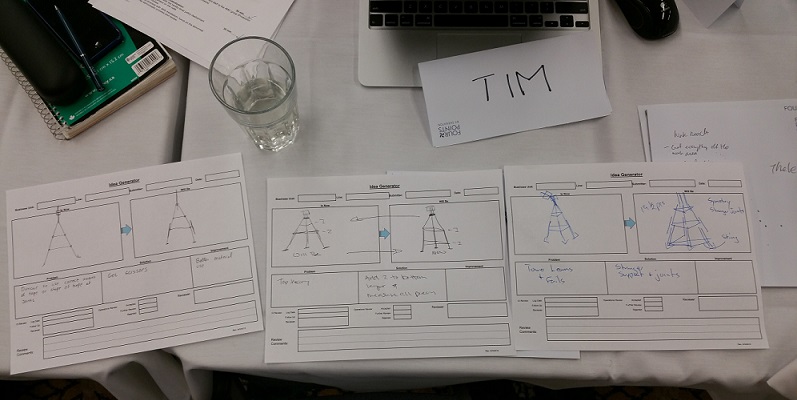 This tool creates the standard for employee engagement by giving everyone a method to request and implement change. There is standardized work for this process for operators and leaders, built on the content, sequence, timing, location and outcome aspects of standardized work development. Using this sheet, teams continually document what went wrong (current condition – why the marshmallow only achieved x height) and come up with ideas to improve the next trial’s results (achieve greater height).

By this time, teams have tried things, failed and are left with less string, tape and spaghetti. The process often looks like this: Teams simply try to get a standing structure in Round 1. They become more aggressive in Round 2, but waste resources and end up with failure. This drives cautious creativity in Round 3 as teams hope to not fail. This becomes a coaching moment, focusing on why the we’ve-always-done-it-that-way path may provide a security blanket, but limits growth. 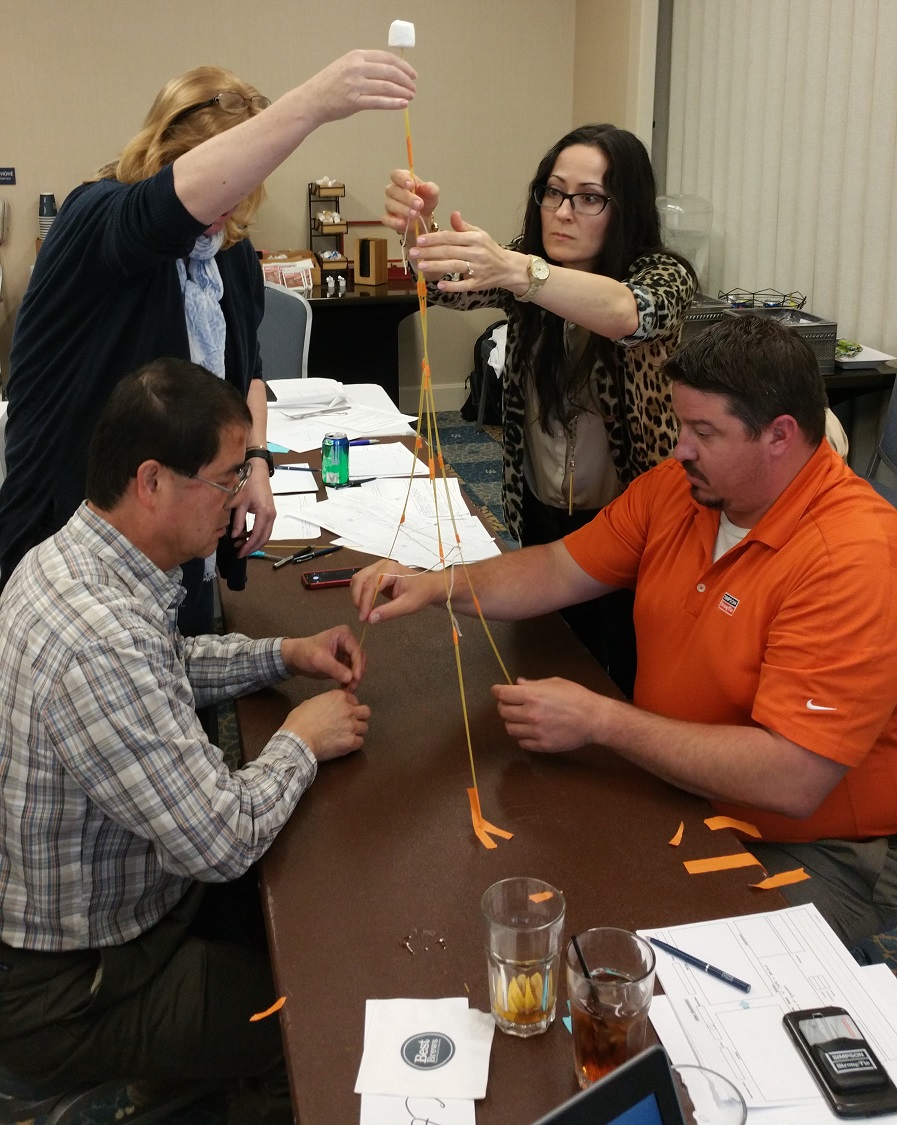 Round 4, however, is where the Marshmallow Challenge gets interesting. That cautious attempt to simply not fail needs to be overcome. Thus, to encourage try-storming and breakthrough improvements, allow teams to replace all resources at any point during the 18 minutes of the exercise. If they break a stick of spaghetti, waste tape or cut string the wrong length – they can replace those items. But they can’t only replace the broken or wasted item. If one item is replaced, then all items are replaced. This encourages aggressive action in the initial minutes of the challenge. They “sweep” the table clear and start over.

This often draws the teams into a bias for action, but only for the first half of the exercise. As the timer winds down, they begin to fall back into their cautious-creativity mentality. This is a great teaching moment – focusing on the flavor-of-the-month idealism drives people to fall back to old norms when sustainability isn’t achieved or risk of not hitting that all-important productivity goal becomes real.

Round 5 begins to put it all into a Lean/continuous improvement perspective (everyone, everywhere, every day, not merely an event). Now, teams can replace any, or all, of a resource if they run into failure. Break a piece of spaghetti, no problem! Now you can replace that single piece. Cut the string into three-inch lengths and determine six-inch pieces would be better? No problem! Just throw all the string away and get a new three-foot piece.

By taking away the fear of failure, teams can become more aggressive. Knowing that they can replace individual pieces instead of the entire kit encourages more frequent change. Teams build a solid base to the structure, then become creative as they move higher. Breaking a piece of spaghetti when the structure is already 28 inches high isn’t a problem. The team can simply replace that piece and keep building.

The result isn’t merely a better understanding of how continuous improvement works, but also a better understanding of removing barriers to improvement. Participants realize how even the best intentions (Rounds 2–4) can drive the wrong behaviors. The tie between continuous improvement and respect for people is more defined. Leaders begin to see how they must shape the culture through their actions, not simply by implementing popular tools from the Lean toolbox.

And, of course, there’s the thrill of victory and the agony of defeat!