Overview: What is a bimodal distribution?

A bimodal distribution will have two modes. That is, two values which will occur the most frequently in your data set. This can easily be seen if you present your data in the form of a histogram. The graph of your data will exhibit two humps.

A bimodal distribution indicates you may have combined two distinct groups of data. This may impact the conclusions and interpretation if your two groups should be analyzed separately. The solution is easy. You will want to separate out the two groups and interpret them separately, rather than combined.

An industry example of a bimodal distribution

The Finance Manager was trying to understand his accounts receivable data. The histogram below illustrates the number of days his customers take to pay their bills. It is easy to see that some customers are fast payors and some slow. 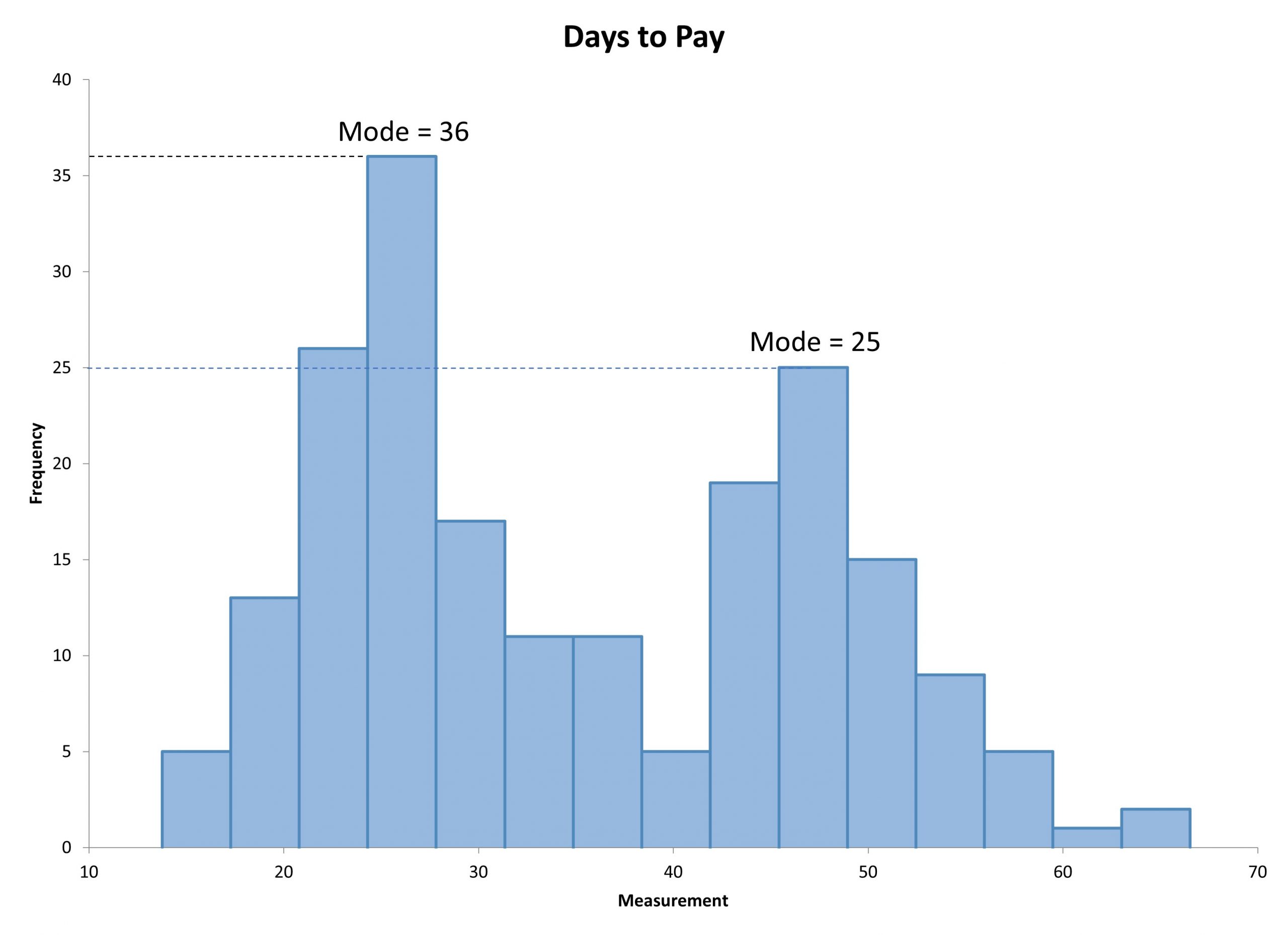 A team was put together to try and understand why customers pay differently. The goal was to get all customers to pay their bills faster.

Is there a problem if I have a bimodal distribution for my data?

Not necessarily. A bimodal distribution indicates you may have combined two separate groups of data. If this is the case, you may want to separate your data to better understand the reasons for the difference in modes.

Can I have distributions with more than two modes?

Will my data always have a mode?

Not necessarily. Your data must have numbers which repeat, otherwise there won’t be a most frequently occurring number. Hence, no mode.