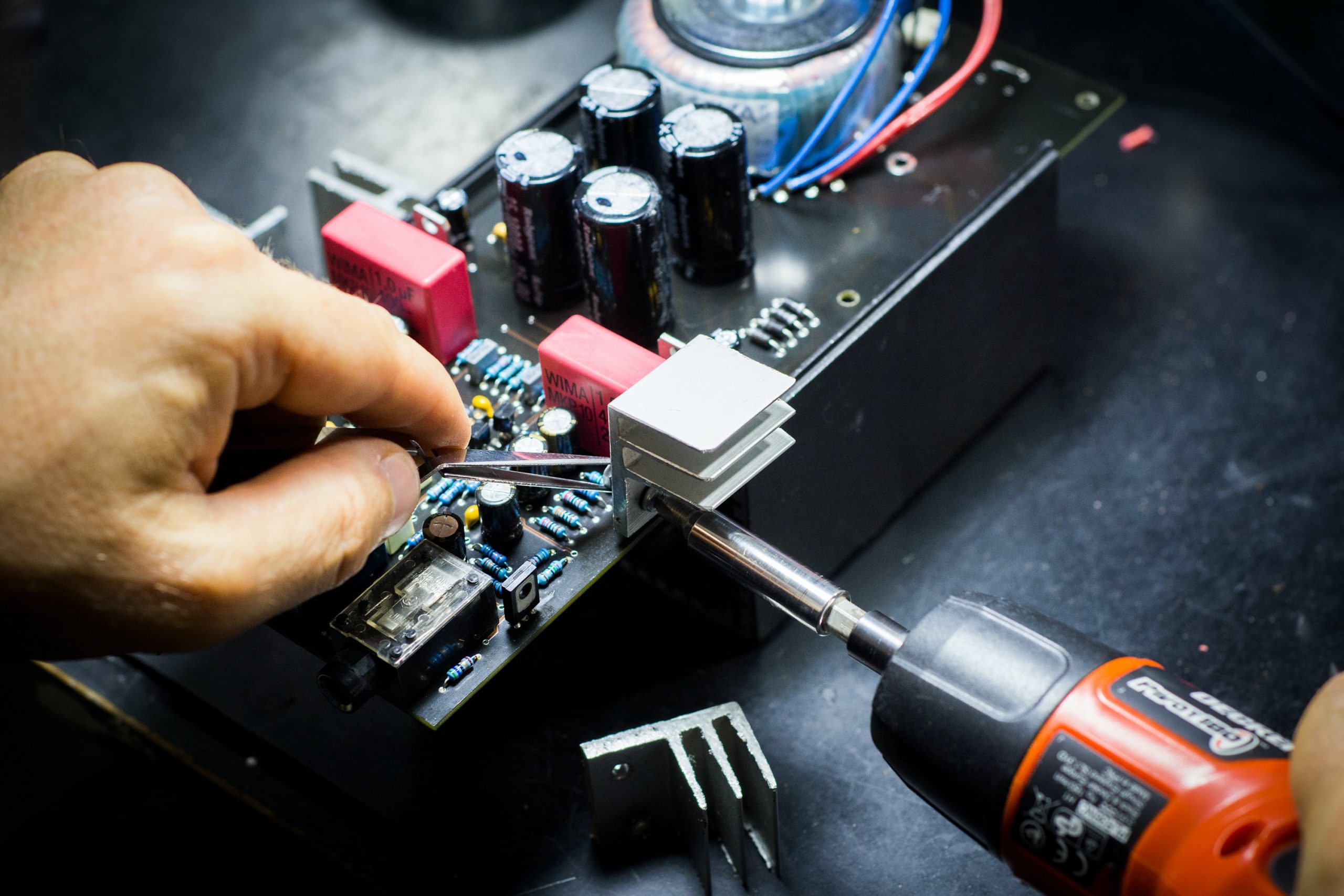 While Motorola had been an industry leader for decades, by the 1970s, many of its products were seen as potentially unreliable by consumers. The company addressed this issue by embarking aggressively on an innovative program of continuous improvement that has come to be known as Six Sigma.

Motorola had been a popular and successful corporation for decades, but one voice at a fateful meeting helped it become a better company for its customers.

Motorola Was Losing Customer Trust In The Quality Of Their Products

In the spring of 1979, Motorola held an officers’ meeting in downtown Chicago that went from a Thursday up until Sunday afternoon. Halfway through the four-day meeting, Bob Galvin, the chairman of Motorola, posed a question to the group. He asked if there were any second opinions or critiques on the progress of the meeting thus far. A young man who was the national sales manager for the communications sector stood up. At the time, the communications sector was the largest business sector of the corporation. The sales manager told the chairman that the meeting was going great and a lot of progress was being made, but the agenda was completely wrong. He explained that his sales team was letting him know that it was the consensus from the communications department customers that the quality of the products stunk. This caused an uproar in the meeting since everyone there who was either in the product or factory divisions believed that this sales manager was wrong.

Galvin found the statement enlightening. It was disappointing to hear the sales manager of the most popular and profitable product line in the organization, but it let him know that the company needed to change. A culture had developed where early life failure of products was commonplace and expected. Overseas, the Japanese had shown that improvements in the quality of products could elevate to the point where early life failure need not be something that would be part of the consumer’s experience. Japan-based companies were showing that when a product was unboxed, and the confidence could be there that the product would work correctly almost without fail.

With that knowledge, Galvin knew that Motorola could do better than they had been.

Motorola engineers were tasked with reducing the number of errors in products even before they ever left the factories. Chairman Bob Galvin knew that no matter how hard the company worked at improvement using solely its current processes, Motorola would not get the results that it hoped to achieve. Instead, all of the known quality management practices up to that time were combined with an innovative new methodology presented by Bill Smith that was geared towards reducing the number of product defects. With Chairman Bob Galvin’s blessing, Smith’s original statistical and formulaic approach melded with tried-and-true methodology became the baseline for what would historically come to be known as Six Sigma.

Smith had an unwavering belief that this combination would lead to huge successes, and Chairman Galvin agreed that this approach could be the solution to their quality concerns. In order to be competitive worldwide, Motorola embarked on an extremely ambitious goal of improving its quality goals by 1000% in a five-year span. Many experts believed such a goal to be foolhardy, and criticized Motrorola in the press for using shareholder funds towards goals that seemed fantastical. Regardless, Motorola embarked on its goal by following its four-phase Six Sigma methodology of measuring, analyzing, improving, and controlling. This included the documentation of their key processes, aligning these to the requirements of customers, and the installation of measurement systems for the monitoring of these processes as well as continually improving upon them.

The Project Succeeded, but Motorola Was Still Outpaced

During the implementation of this new program, one thing the heads of Motorola learned was that the bulk of their quality issues stemmed not from issues with the inherent design of their products, but from many small issues that occurred during manufacturing. This was especially apparent in things like cracked solder joints on circuit boards. A solution to this was found in creating optimum operating conditions in order to drastically cut down on soldering defects.

One speed bump the corporation ran into during the initial implementation of the program was that employees tended to fudge the system in order to reach the desired sigma level in lieu of actually making the improvements. This was done by increasing the number of opportunities for defects. For example, they might count five opportunities for each solder joint instead of reducing the defects.

The remedy to this was making the employees stakeholders in the concept and having them be responsible for process improvement. This made everyone feel like they were in this effort together, and it led to major improvements in solder leaks.

Changes like these helped Motorola attain its seemingly impossible goal of a 10:1 improvement in quality within 5 years across nearly all of its business units. The joy of success was short-lived, however, once realized that Motorola’s improvements in quality were still being outpaced by overseas competitors. This was attributed to overseas competition having embarked on aggressive quality efforts earlier and continuing their continuous improvement efforts during Motorola’s process changes.

Having already come so far in their efforts, Motorola decided to keep their focus on continuous improvement and aimed to increase their quality by another 1000%. This time, they gave themselves two years instead of five.

The Outcome Was Staggering and Influenced Scores of Other Companies

With critics once again saying that Motorola was chasing impossible dreams, the corporation nevertheless surged forward in its quality improvement efforts. They, in fact, reached their goal yet again. After their second success, Motorola continued the program. When all was said and done, Motorola had managed to improve its quality by 800:1 from where the program started. Customers, once again, had faith in the quality of Motorola products, and the company reported record growth and profit. It was a shot heard around the world in business, and countless companies began to study Motorola’s success and incorporate Six Sigma practices. The pursuit of continuous improvement and the application of Six Sigma methodology became commonplace among many of the world’s most successful organizations.

In Motorola’s journey towards improving the quality of its products for its customers, the company learned a lot, some of which is traceable back to that meeting in Chicago. Here are some practices they learned:

1. Do not have the things are “good enough” mentality

Ahead of the Chicago meeting, many at Motorola believed that their products were just fine. Sure, they had a number of products that suffered from early life failure, but that is to be expected. Things were “good enough.”

It is important to not have this mentality. Processes can always be improved upon to make what you are offering to your customers better.

2. Listen to every voice in the room

At the meeting in Chicago, the person who spoke up about the quality issues at Motorola was not offering up a popular opinion within the organization. In fact, his statement caused quite an uproar. Nevertheless, the chairman of Motorola heard what he was saying, despite its unpopularity, looked into the matter, and found that he was correct. This one dissenting voice helped lead to massive success for Motorola.

Hearing out everyone at your meetings, even if they are voicing an idea that is uncomfortable or unpopular, can lead to major improvement and innovation for an organization.

3. Even after quality improvement effort goals are reached, aim for continuous improvement

After reaching their initial goal, Motorola found that they were still being outpaced by their overseas competition. In order to be competitive in the marketplace, they found that they would need to improve their quality even more. After reaching the next quality improvement goal, Motorola aimed to do even better. Eventually, these efforts led to the company becoming a worldwide and massively influential leader in quality, whose story still serves as an inspiration to business leaders today.

Even after reaching your initial goal for quality improvement, if you continue to improve, there is no telling how far it will take you.

The Lesson of Motorola

Despite being a large and successful company, Motorola recognized that it would need to significantly improve the quality of its products in order to stay competitive in the marketplace. If they would have just rested on their laurels and been comfortable with the success they had already achieved, who knows how long it would have taken before they were left completely in the dust? Without developing and implementing the concepts of Six Sigma, might it be possible that we might even be talking about Motorola today? The story of Motorola teaches us that we should not rest on past success, always aim for continuous improvements in our business processes, and be willing to hear hard truths. If we do these things, we can help ensure the long-term success of our businesses.