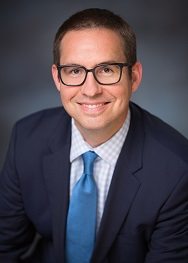 Said Owen, “I am happy to join such a renowned financial institution. OnPoint is highly regarded as a service-oriented financial institution that values members, employees, and the community. I am eager to invest my expertise in continuing OnPoint’s growth emphasizing service, sales, productivity, and operations.”

“OnPoint members can feel incredibly proud about welcoming Steve to our Executive Team. His enthusiasm and experience make him a valuable executive and the ideal person to lead all aspects of operations, and business relationship development,” said President/CEO Rob Stuart. “His addition also allows us to realign responsibilities within our management structure, so that every executive can excel in their focus to deliver the best financial services to our members. Together we are poised for great things.”

The OnPoint Executive Team is comprised of the following members:

OnPoint Community Credit Union is the largest credit union in Oregon, serving more than 304,000 members and with assets of $4.2 billion. Founded in 1932, OnPoint Community Credit Union’s membership is available to anyone who lives or works in one of 13 Oregon (Benton, Clackamas, Columbia, Crook, Deschutes, Jefferson, Lane, Linn, Marion, Multnomah, Polk, Washington and Yamhill) and two Washington counties (Skamania and Clark) and their immediate family members. More information is available at www.onpointcu.com or 503-228-7077 or 800-527-3932.