From the inception of iSixSigma Magazine, a regular feature of the publication has been exclusive research on aspects of deploying Six Sigma. The topics benchmarked have ranged from “Black Belt Return on Investment” in the inaugural issue, January/February 2005, to “The Lean Six Sigma Toolset” in November/December 2009. In addition, the magazine reports each year on the global salary survey that iSixSigma conducts as an industry yardstick.

Over the next few weeks, we will be sharing this benchmarking data with iSixSigma.com readers. Part 1 highlighted project data; Part 2 looked at training and development data. In Part 3 the focus is tools and methods data.

We all know a Lean Six Sigma initiative is so much more than just a set of tools. But the tools cannot be ignored when looking at the workings of any business process improvement initiative. The proper tools used the right way give practitioners power to make lasting change. The following findings dive in to the tools used in Lean, Six Sigma and innovation. 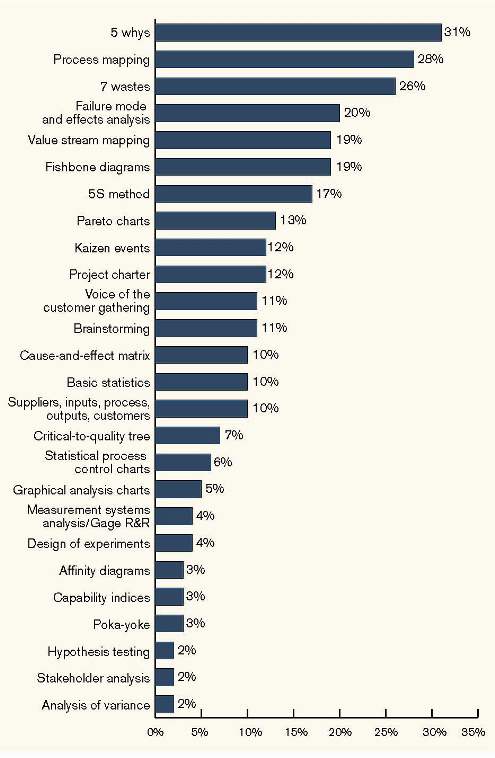 If you were starting a process improvement program at a company and could introduce only three tools (in any order) to the employee population, what three tools would you introduce to bring the most improvement? (N = 789) 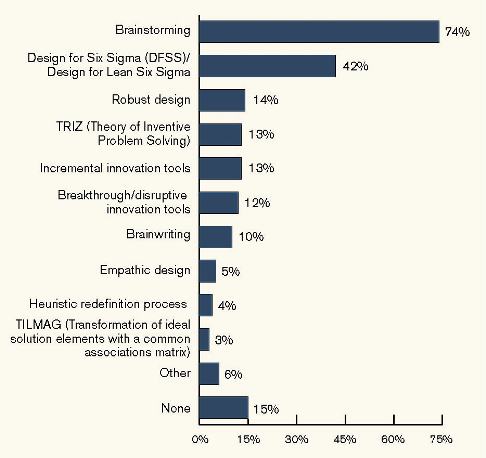 At your company, what methods or tools are regularly used for innovation? 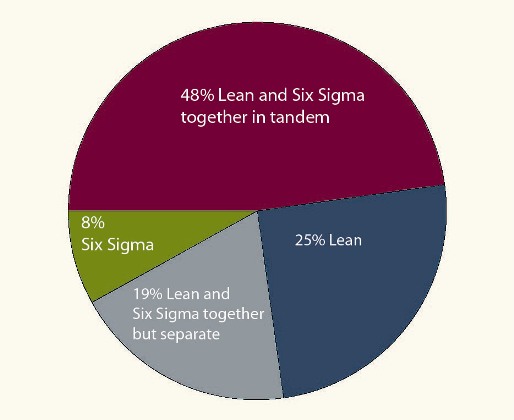 Which methodology does your company use most? (N = 806)