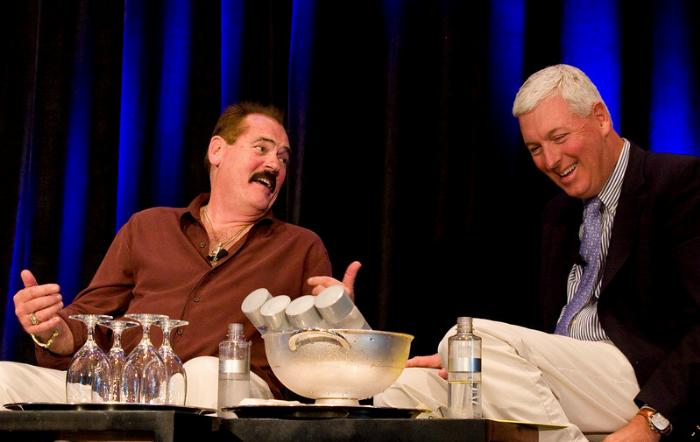 Michael Cyger moderated a panel with Mikel Harry and Don Linsenmann. Together they put on a good show, fielding questions from Mike as well as the audience. Don, as usual, instill humor into just about every story he tells.

On the economy and Six Sigma:

Don: “We’re all impacted by this downfall. Take initiative. Let the Six Sigma process manage the layoffs.Differentiate which markets are growing. Look at each division.  Not something across the board. It’s a hard, tough problem. Six Sigma needs to be a part of it.”

Q: If starting Six Sigma in retail, from middle management, how do you convince the CEO?

Mikel: “Pray. Middle-out is a hard row to plow.”

Don: “You must give CEO water-tight compelling data.”

Q: Where is Six Sigma going in the next few years?

Mikel: “Broadening and decreasing in depth. Consultants are watering down Six Sigma. We need need to police ourselves. The proliferation of books on the market is risky. Corporations think they can undertake Six Sigma on their own. The role of coaching is going to become more important. Are we doing the right thing, or the thing that’s right? The time has come that our industry needs breakthrough. Now the time to apply Six Sigma to ourselves.”

Don: “Stick to the pillars. ‘Adapt’ is the viable energy that keeps Six Sigma alive. Adaptive is the one word, but it needs to be constrained by what the pillars are. It’s difficult.”

Don on “If you had a time machine and could start over with Six Sigma in 1999…”: “I’d run Six Sigma time faster than we did. We were on a pace, we should have sped up the time. Looking back it was possible to do things faster.”

Mikel on breakthrough: “Breakthrough is not crawl-walk-run. It’s take the leap of faith.”