Avoid These Hitches When Presenting Your Project

For many organizations, Lean Six Sigma certification requires a Green Belt or Black Belt to present and defend their project to a panel of experts. Through this presentation they demonstrate their ability to use the methodology and its tools to deliver sustained results. Whether you are preparing for a project presentation as the final step to achieve certification or simply as a routine part of closing a project, the five tips provided here will be sure to help.

The narrative structure of any work – be it a film, play, novel or, in this case, a project presentation – can generally be divided into three sections: setup, conflict and resolution.

The setup is where the situation and problem are introduced, which is the Define phase of a DMAIC (Define, Measure, Analyze, Improve, Control) Six Sigma project for our purposes.

The second act, the conflict, is the bulk of the story, in which the characters go through major changes in their lives because of what is happening. For a project, this is when the problem is diagnosed and a solution, or solutions, is found.

The third act, or resolution, is when the problem is confronted; the solution is implemented with a resulting improved performance (i.e., the happy ending).

For a project presentation, this classic structure is then typically followed by questions from the audience.

It sounds simple, and in fact, most successful project defenses are simple, no matter how challenging the project itself, whether due to sophisticated statistical analysis, elegant experiment design or the complex means required to overcome resistance to change. Unsuccessful project defenses are unique but there are five general issues that recur. These five problems are addressed below.

1Failure to tell the whole story. Many unsuccessful project defenses focus too heavily on one aspect of the project and forfeit the chance to deliver a coherent, balanced account of the whole story. Imagine if a doctor insisted on sharing with a patient the detailed history behind Alexander Fleming’s discovery in 1928 of penicillin’s antibiotic properties, including the tale of accidentally leaving a petri dish of Staphylococcus uncovered overnight. Then, because the appointment is nearly over by then, the doctor spends insufficient time with the patient on the proper dosage, medication instructions and potential side effects.

It is easy for Belt candidates, having been so involved in the details of their projects, to lose sight of telling the story in a concise way. Create an executive summary, get feedback from someone not associated with the project and then tell the whole story during the oral defense. 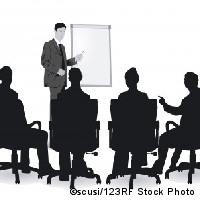 2Lack of sustained results. Without results, a project’s resolution is depressing. Results are needed to successfully earn certification or close a project. No amount of PowerPoint engineering or good intentions can overcome this basic fact. Lying about results is a risky strategy – it might work in the short term, but rarely in the long term and it will always destroy your credibility with your team.

There are a large number of “but” arguments that have been shared during project defenses regarding lack of sustained results, such as:

None of those “but” arguments are convincing. However, there is one caveat: long cycle times are often needed to show that results have been sustained over time. In that case, the expert panel may offer a conditional certification and revisit the process, usually via email, when the results come in. For example, a panel once reviewed a capital budgeting project. The project was solid and had produced a meaningful change for the following year’s budget. A one-time result, however, is not sufficient for showing success – in that case, a conditional certification was granted and the following year the Black Belt sent the project’s updated results digitally to earn unconditional certification. The results indicate the project’s success. Without them, a practitioner is back at square one.

3Solutions do not align with causes. If the experts are struggling to understand the relationship between a practitioner’s root causes and the final solutions, the practitioner has not made clear, direct connections. The underlying problem is usually presenting too much information, such as including brainstormed ideas instead of the final, vetted, prioritized list. A simple way to combat this issue is to include a presentation slide that shows how the root causes match to the solutions. List root causes on the left and improvements on the right, with arrows to depict which solution(s) address which root cause(s).

4Misuse or overuse of tools. Many Belt candidates have asked, “How many tools do I need for my project?” The only answer to this question is – the number of tools it takes to get to the right answer. Part of the process for earning certification is to demonstrate appropriate judgment in deciding which tools should be used.

There is frequently a Master Black Belt attending the presentation who likes to ask why this or that particular tool was not used – the right response is either that the tool was not needed and that the problem was solved by some other method, or that the project team did not find it to be appropriate for a specific reason. (In a pinch, another option is to say that an instructor said to never use that tool because it is useless – unless that instructor is one of the project reviewers!) Do not react by saying that the tool should have been used, just because the expert inquired. The underlying question that Master Black Belt is asking is, “Did you select your tools intelligently?”

Some Belts like to show that they have used every tool in the book, whether or not the tools advanced the project. A project presentation should include only the tools that moved the project forward; everything else may be placed in an appendix.

5Poor audience management. As soon as a candidate presents any numbers, Master Black Belts sometimes go into a frenzy asking where the numbers came from, whether a measurement systems analysis was performed, why the data is not in a trend chart, what the confidence interval is, whether the sample representative is random, and so on. To best manage your audience, follow these suggestions:

In short, for a successful project presentation, tell a good story with a happy ending (sustained results), make sure the causes link to the solutions, and proactively prepare for tool and data questions.