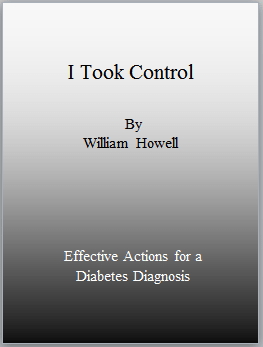 The following is excerpted from Chapter 2 of I Took Control: Effective Actions for a Diabetes Diagnosis. William Howell shares his experiences after being diagnosed with Type 2 diabetes. Using his Six Sigma training, he tackled the disease by approaching it as a DMAIC (Define, Measure, Analyze, Improve, Control) project. Click here to read Part 1 of the excerpt.

They say change is good and I was fortunate that things started returning to normal in short order.  By charting out my daily blood monitoring I was able to see a clear progression downward. Within a couple of weeks my daily average was cut in half, though still not at near the goal level of 125 mg/dl or less.

To reach my goal for a blood glucose average level of 125 mg/dl took about one month. Looking back, it seemed like an eternity to get there. But I have to admit it felt good reaching the goal and even better when I cracked the 100 mg/dl level. That was a special day.

Even after reaching the 100 mg/dl mark, challenges lay just ahead. The holiday season for 2009 was upon us. Thanksgiving dinner can easily be a form of gluttony, but by planning ahead and eating light earlier in the day I was able to enjoy the meal to its fullest. Sure, to get that small piece of pie for desert meant that I had to pass on the dinner rolls, but it was worth it. What was most memorable about that meal, however, was the lack of that over stuffed feeling afterwards. This came about because I ate sensibly, not going back for 2nd or 3rd helpings on everything.

If Thanksgiving dinner is rough, how hard is the full blown Christmas season? A month of over indulgence in most homes and mine is no exception. I love everything about this time of year and from Thanksgiving till just days before Christmas much of my free time is spent baking. Two batches of cookies each weekday is the norm and on weekends it is not uncommon for 6 batches to be produced. Previous years saw me consume a large number of the cookies, but not any more. Keeping track of every cookie consumed was part of the daily record. Fifteen carbohydrates for a small cookie, twenty carbohydrates for a larger one; all recorded in my daily log and a significant part of the tally. Three or four per day was a reasonable limit. How to dispose of all these cookies? Pack them up and share them with friends, relatives and co-workers. It is all part of the holiday spirit.

By mid-winter it was apparent that I had stabilized blood sugars and on February 19, 2010 my physician and I agreed that 3 times per day testing of my blood sugars was no longer warranted. Four months after being diagnosed and with an A1c of 15.3%, I was now cutting back on my testing. This was all possible by simply controlling what I ate, recording the amounts and visualizing the results in charts and graphs.

We choose to sample once per day and the best compromise seemed to be to continue with the morning test. This test result normally was between the other two tests, with the night time test the highest and the sample just before dinner the lowest. Testing in the morning also allowed me to get the test done with for the day and not have to worry about remembering later in the day.

Six weeks after that change, another step towards normalcy was taken. Working closely with my physician, we decided to see what would happen if I cut back on my Metformin consumption. A decision was made to go from two 500 mg pills per day to only one 500 mg pill. This was to be taken with my morning breakfast.

The last page of this chapter contains two charts to show the test outcomes [see charts below]. The first chart is called a Dotplot and shows the morning test results, all subdivided by month for 2010. This gives a complete picture of all test values for the morning series of tests. The second chart is a Time Series showing the monthly averages for 2010. I think you will agree these represent relatively stable processes, with blood glucose at reasonable levels. I say relatively stable, because a trained eye will see a slight increase later in the year. This is true and it is due to a decision to increase my food consumption to regain a few of my lost pounds.

By the end of July it was apparent that cutting back on Metformin to one pill per day had worked and the next logical step was to give a trial without any pills. With the concurrence of my physician, August was the first full month without pills and as the charts show, my blood glucose levels remain reasonable. All accomplished through self-control in what I ate.

In late November, 2010 I discontinued the practice of recording all that I eat. I do so safely because I limit myself in what I consume. Breakfast is the same everyday; eggs and oatmeal, followed by coffee and tea throughout the workday. A snack of cheese, fruit and meat is eaten before dinner. A typical dinner is vegetable or salad, accompanied by a reasonable size portion of meat. There is the occasional treat, but rarely do I go over the 210 grams per day of carbohydrates limit established by my physician. My daily calorie consumption is in the 2100 to 2400 range.

If need be, in the future I can return to writing down what I eat, but I hope this is not necessary. I recognize that controlling what you eat is the key for containing this disease and I do not plan on loosing [sic] sight of that truth. 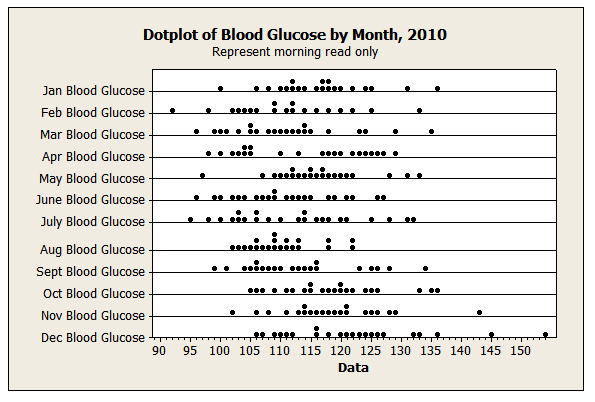 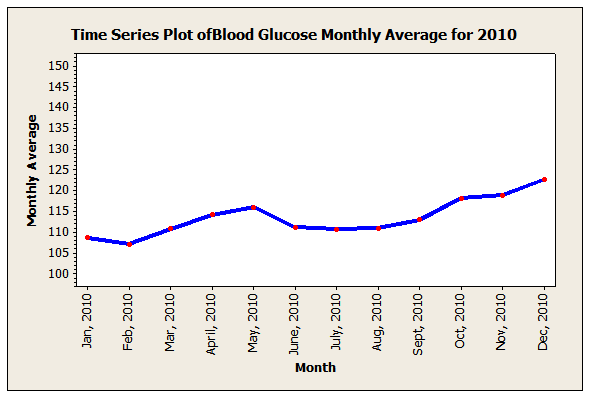