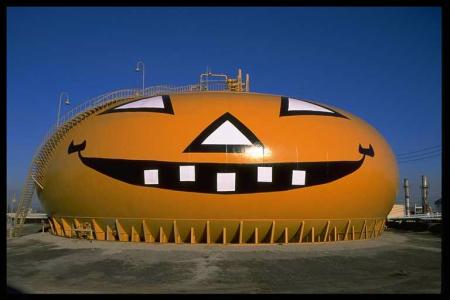 First, a special thanks to Dominic at the Fortune Business Innovation Insiderblog for directing me to this story.

OK, this Halloween/Six Sigma connection is a small stretch… ConocoPhillips, the sponsor of this giant pumpkin, is a Six Sigma company. If you are in Southern California stop by the refinery for a visit:

“ConocoPhillips extends an invitation to the community to see Smilin’ Jack and enjoy some of his delicious caramel corn on the nights of October 30 and October 31, from 6 to 9 p.m. The ConocoPhillips refinery is located at 1660 West Anaheim Street, Wilmington, CA 90744, between the Harbor Freeway and Gaffey Street.”

View Profile | View all posts by Michael Marx
Six Sigma is Out for Blood!
Hidden Factory