The Importance of Vision Casting 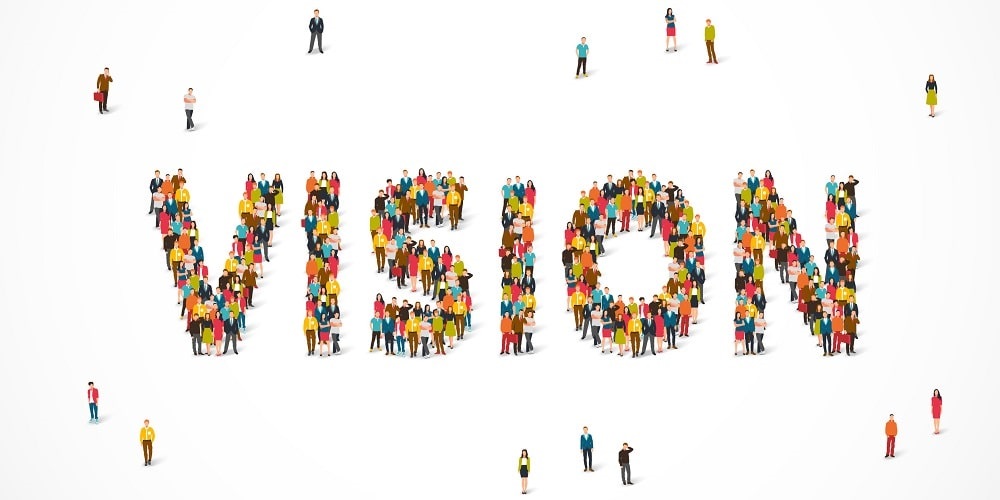 Lean Six Sigma (LSS) practitioners can get so focused on the analytics of our DMAIC (Define, Measure, Analyze, Improve, Control) and Kaizen efforts that we can neglect the softer aspects of creating substantial lasting change. The following is a practical summary on how to cast a vision and help inspire your teams and stakeholders to dream bigger and improve more.

A man was promoted to leader of an application operations team. This team monitored applications 24/7 and responded to application outages and customer impacts regularly. The new leader noticed his team was engaged in firefighting mode much of the time. He wanted to inspire them to think differently about their role.

The fire department had experienced a dramatic decrease in deaths due to fire over the last 15 years. The city had also experienced vast reductions in property damage due to fire. The new manager wondered what was the secret that brought about such bold improvements. Did the fire department find more efficient ways to put out fires? Did they develop new chemical methods that would put the fires out faster?

The answer was unexpected. The massive improvements came as the fire department seemed to shift its primary focus away from fighting fires. Instead, they focused on two areas:

The department began a vast campaign to inform citizens how to prevent fires. They held fun, entertaining training assemblies in schools to teach children about fire prevention. They ran advertisements on local TV stations about ways to prevent fire. Firefighters would travel to the homes of families who could not afford smoke detectors and install one for free. The fire department sought policy changes to city codes to guarantee smoke detection systems in new buildings.

The result of the shift from firefighting to fire prevention was a long-lasting dramatic improvement in the safety and well-being of the city. The fire department had additional time to respond to medical emergencies before ambulances arrived, leading to more lives saved.

Armed with these great insights, the new manager translated the concept to his new team. He cast a vision for them on how they could switch from fighting fires to preventing fires in the applications space. The team embraced the new perspective. They began to create tools that worked as “smoke detectors” for applications, providing early warnings when an application might fail so they could address it before it was a “fire.” They focused on training, so they could understand how to address application issues with greater acumen.

The result: The team saw dramatic and lasting improvements. There were fewer outages, fewer customer impacts and greater customer satisfaction. Furthermore, the team’s satisfaction increased. They knew they were part of accomplishing something of value and their day-to-day work life was more peaceful.

Why Is Vision Important?

Our reality is limited by what we first mentally create. In other words, if we don’t first dream it, it will not come to be. We must envision a potential improvement ourselves, then we need to share the idea with teammates and stakeholders so they can begin to understand and visualize the value of the change we desire. As they see it in their mind’s eye, they can begin to act on it until it becomes a reality.

Nothing of value will get accomplished unless people can visualize the value in their mind first. Then they will be engaged to act.

5 Practical Steps to Casting a Vision

You have experienced the cold reality that people seem to fear change when having to change themselves and when trying to encourage others to change. We need to embrace the axiom that people do not fear change, they fear the unknown. As we cast a vision for a new and better future, people can free themselves from the fear of change as their unknown becomes known in their hearts and minds. Here are five practical steps to help you cast a compelling vision.

It may sound simple, but before you can compel others to join in on a change, you must have a dream or idea of what you want to change. As LSS practitioners, when we embark on a DMAIC project, our project charter should paint a picture of what we hope to accomplish. At this stage, we do not yet know what the root causes are or the specific improvement steps we must take. But we can hold fast to a vision of the overall goal we hope to accomplish. And we can embrace with passion the potential the improvement will bring to bear.

At times we can view the project charter as a somewhat cold listing of facts devoid of enthusiasm. Don’t lose sight of the opportunity to use this tool to speak with passion about the advantages of the new reality you propose in the change you will introduce.

Next, we need to engage others in the vision. There are standard methods to communicate this vision such as sharing of the project charter and engaging in stakeholder meetings.

Less traditional methods may assist as well. Consider holding a vision-casting session where you invite participants to engage in a more contemplative way about areas you want to improve. Have them visualize in their mind the problem you are hoping to solve. Then have them visualize what life would be like if the problem did not exist or were greatly improved. Have them share as a group how their particular area would be better off. For example, you could ask a series of questions like the following:

Then share some ways to address the issue, or perhaps have your first brainstorming session on possible improvement opportunities to bring about the overall vision.

You may also want to consider the marketing rule of seven. This rule states that for people to “hear” your message they need to encounter is seven times. Consider different ways to spread the word so people can encounter and contemplate the value of your vision seven times in seven different ways (i.e., emails, social media, meetings, brainstorming sessions, etc.).

3. Fan the Flames of the Vision

Encourage people to join in the dream of the new reality you are proposing. Here are a few ways to accomplish this.

4. Execute on the Vision

If you plant a vision in someone’s heart and mind you must execute on it. This is the most important of the five steps listed. If you cause people to dream of a new hope and the hope does not come to pass or is deferred, those who initially embraced the vision will become jaded to your future proposals.

There are many methods to assist in executing on a plan. As you go through the phases of a DMAIC effort you will measure and analyze to determine the root causes of your current state and then prioritize which root causes to address. During the Improve phase, you will begin to implement your real-world improvements. And then during the Control phase you will set up ways to make sure the improvements remain.

As you execute, following best practices in a DMAIC project, people will see your vision turn to reality and will be more likely to embrace future improvement ideas.

5. Advertise and Reward the Accomplishment of the Vision

Once the improvement happens spread the word. Let people see what has happened. The vision you cast has come to pass in reality. This will not only encourage people to accept your future vision-casting opportunities but will encourage and empower some to begin doing the same.

Reward those who helped in bringing about the improvements in whatever ways you can, such as through words of praise, monetarily or comp time off. In the example at the beginning of this article, the manager was able to give large bonuses to those who took the time to invent smoke detectors for their applications. As you implement improvements this will often result in money and/or time savings. You can give a portion of the savings to the staff that helped implement it.

It is easy to underestimate our ability to bring about great change. We may think, “Who am I to call people to change?” Remember, however, most great changes throughout history were made by people who started out as average humans. Perhaps the most important vision to cast is the belief in yourself – you can be an agent of lasting positive change in your world. What vision will you cast to improve your sphere of influence? What dream will you impart and then execute on to make your world a better place for others?