The City of Kawartha Lakes, Ontario, Canada, was formed in 2001 by a Provincial Order to amalgamate 16 lower-tier municipalities and one upper-tier county into one corporation. Although called a City, the municipality is mostly rural. The City is approximately 3,059 km2.

Due to its large rural area, the City has 21 fire stations, comprised of both full-time fire fighters and volunteer fire fighters (VFFs). (Note: Although called volunteers, VFFs receive a minimum two hours of pay for responding to calls.) Of the 21 stations, 19 are staffed predominantly with volunteers. 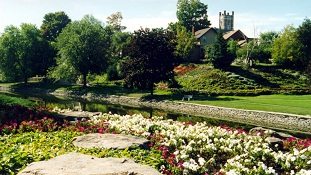 When a call for assistance is made to the central 911 center, the call is directed to the individual fire stations. Each volunteer has a one-way radio and responds to a call by going to the fire station.

A significant amount of variation existed in the number of VFFs responding to medical calls. Existing City guidelines required four VFFs to respond on-scene to any medical call; however, in a two-year period, more than four VFFs responded to 77 percent of calls. In addition to this over-response, in 17 percent of calls, VFFs were not even required upon their arrival (for example, an ambulance arrived first and tended to any medical needs).

In this improvement project, the City wanted to: 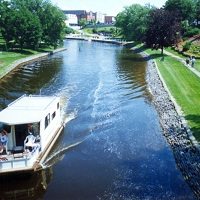 At this point, the first step for the City was to review its cost of poor quality. In 2012 and 2013, 77 percent of medical calls resulted in more than four VFF responding. The cost of having more than 4 VFFs attend these calls – of this excess in response – was $131,140 annually. The cost of sending VFFs to non-life threatening calls during the same period was $130,648 annually.

The cost of vehicle fuel, maintenance and repairs associated with attending non-life threatening calls – in addition to false alarms (medical aid not required once on scene or a true patient false call) – was $74,400 annually during the two-year period under review.

Descriptive statistics – a method of statistical analysis of numeric data, discrete or continuous, that provides information about centering, spread and normality – was used to measure and establish the baseline for:

The descriptive statistics analysis identified a median of seven VFFs responding per call. The baseline measure showed that nearly half of all calls were recorded in a way that made it difficult to ascertain the acuity of the medical call based on the coding in the system that included the following options: “not required on arrival,” “medical false alarm,” “medical call no action required” or “other medical call.”

The control chart in Figure 1 displays a process that is erratic, as evidenced by the number of times the process fails (indicated by the red circles). Predicting the future performance of the process was therefore impossible.

The starred points in Figure 2 reflect the root causes that needed to be addressed in the future process for deployment of VFFs to medical calls. The root causes were determined at a team brainstorming session.

Handpicked Content:   Improving the Productivity of a Service Team

Next, the team wondered if certain fire stations had a higher turnout of VFFs to calls than others.

The cause-and-effect analysis (Figure 2) identified that there was no active management of the number of VFF attending a call (see Manpower branch). A Kruskal-Wallis one-way analysis of variance test was performed here since there was continuous data with independent samples. The Kruskal-Wallis analysis proved that there is a difference in the number of VFFs attending based upon fire station location.

After this, the team looked at whether VFFs were arriving after an ambulance was already on scene (which then precluded the need for fire fighters).

The Z value estimate was used to test for the proportion of times in the future that VFFs would arrive on scene ahead of an ambulance. This test was performed because in the cause-and-effect diagram (Figure 2), VFFs were noted as attending medical calls when an ambulance was already on scene and was therefore a waste of manpower, machinery and material.

The resulting Z value estimate indicated a 56 percent to 66 percent probability that VFFs will arrive ahead of the ambulance at future calls (Table 2). Therefore, 34 percent to 44 percent of the time when the VFF attends a medical call they are creating a duplication of service, which is an unnecessary cost to the municipality.

With the problems identified and measured, the team next embraced the Pugh matrix (Figure 3 below) – a decision-making tool used to formally compare concepts based on customer needs and functional criteria. Using that tool, the City determined that the optimum solution for how to manage the number of VFFs responding to medical calls was to enact steps consistently among all fire stations in conjunction with the central 911 operators:

After the new process was implemented, a control plan was used to complete the project work and hand off the improved process to the process owner (the executive assistant to the Fire Chief), with procedures for maintaining the gains. The implementation process required some convincing by the Fire Chief to the volunteer fire fighters and to the City Council. Council members needed assurance that no patient would be left vulnerable and in need of care. The Paramedic Chief spoke to Council as the subject matter expert to assure Council that all calls were being monitored and that at any time, a paramedic supervisor had the authority to call in the fire services if need be.

During the project measurement phase, the baseline median was 7. With the process improvements implemented starting January 6, 2014, the median as of March 14, 2014, had decreased to 5. The percentage of medical calls that VFFs are responding to has been reduced by approximately 45 percent, since VFFs now attend only high-acuity medical calls. The new process to monitor and control the number of responding VFFs – as well as the types of calls VFFs respond to – resulted in initial savings of $43,944 for the first two months of 2014, with projected annual savings of $261,788.