Time-based Metrics: Accounting for the Differences 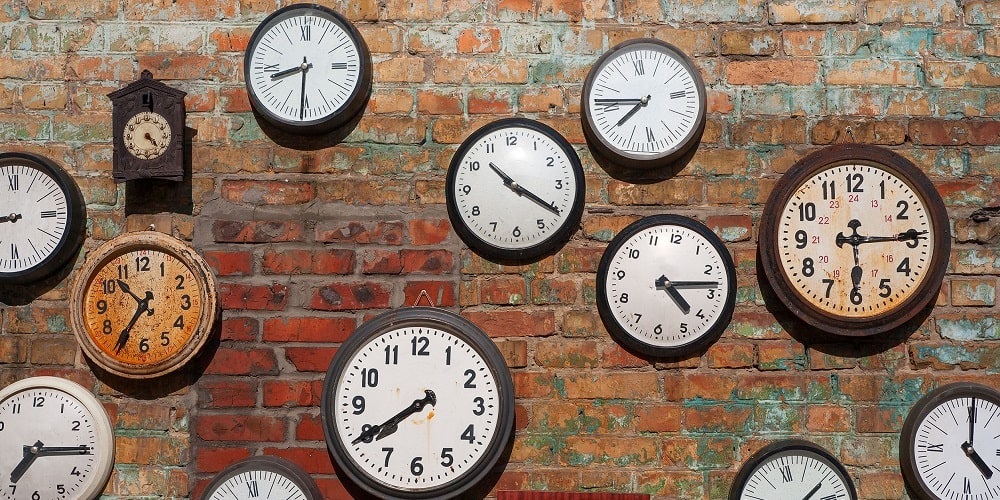 Green Belts and Black Belts produce time series plots of the primary Y metric during the measure phase of projects. The time dimension used to plot the data takes one of two forms, start-based or end-based, and the difference between the two can be substantial. Quality professionals risk incorrect conclusions by not understanding and accounting for this difference.

Handpicked Content:   What Is the Correct Manner to Count Defects and Opportunities, Used for Calculating Process Sigma Value?

Note the difference in time series plots given the exact same data, but with different time dimensions. The project champion or process owner might come to a different conclusion depending on which graph he is shown.

Typically, businesses prefer end-based metrics because performance is locked once the transactions are completed. Businesses prefer this because start-based metrics appear to change as older transactions complete their cycles. In the preceding example, the value for 123 North Street (-7 percent) would not be known until June and consequently appears to “change” the plotted value for January after the fact (i.e., going from a null value to -7 percent). Because financial performance is based on the business completed in a prior month or quarter, businesses almost always prefer end-based metrics.

The problem with end-based metrics is that if a project team implements an improvement on April 15th to reduce the percent difference metric it might appear that the project team made things worse. 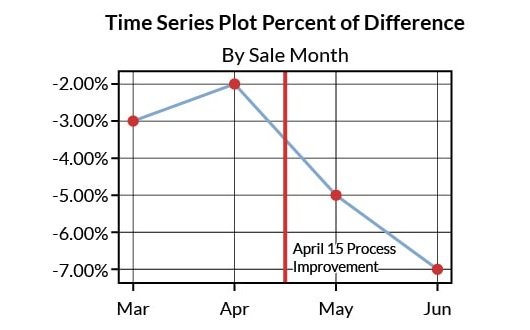 This is not the case since transactions subject to the improvement have not yet registered, but this might not be apparent to the uninformed.

Handpicked Content:   How Can I Determine If My Rolled Throughput Yield (RTY) Is Acceptable?

View Profile | View all posts by Dave Holtz
Design for Six Sigma ResearchWhen, where and why companies use DFSS and the financial benefits it delivers
New Six Sigma Standard for Sustainable Financial Benefit