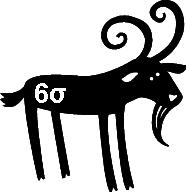 Lately, there has been a lot of talk about Six Sigma. Believers tout stories of business success, unprecedented customer satisfaction and countless dollars to the bottom line. Naysayers point to near business ruin and cultural impacts that stifle innovation and growth. Whether you are an avid believer or a practicing naysayer there is one thing that everyone seems to agree on -Six Sigma is a powerful methodology. So the question remains: Is Six Sigma really the bad boy . . . or the scapegoat?

In pondering the answer to this question, the first challenge presents itself when asked to define Six Sigma. Traditionalists often speak of Six Sigma as an improvement methodology created by Motorola more than 20 years ago or define it as 3.4 DPMO (defects per million opportunities). To me, that is sort of like describing today’s car by referring to an early Model T Ford. Yeah, it is still a car but it is nothing like the car of today by any stretch of the imagination. Over the past 20 years, Six Sigma has evolved and reshaped itself many times over. It is this “megamorphosis” that has allowed it to continue to bring value to those who know how to wield its power.

So what is today’s definition of Six Sigma? It is a powerful business methodology that helps companies transform their work environment into one where collaborative teams routinely work across the total value chain to identify new and innovative ways to meet changing customer expectations. Whew! Sounds like a bunch of ‘wugga’ words at first glance but fittingly serves as a high level definition for the new and improved Six Sigma of the 21st century. Six Sigma today does not only consist of a DMAIC, Lean and DFSS toolbox but also includes aspects of change management, innovative thinking, team dynamics and other skills that must be mastered in order to effectively use the toolbox. In addition, the synchronization of Six Sigma with strategic objectives, goals, leadership development, workforce planning, incentives and communication creates a powerful engine that drives organizational transformation. But with this power comes the responsibility to define what you want to transform your organization into. Left undefined, you might find yourself the victim of transformation rather than the shaper.

Before embarking on any transformational journey, an organization’s leadership must define a vision and the behaviors needed to achieve and sustain that vision. Once defined, a Six Sigma deployment strategy can be shaped to serve as the enabler. Many times the vision may be clear but the organization has not thought about the behaviors needed to support the vision. Other times, a single threaded vision may drive an organization to use Six Sigma to become “cost focused” or “defect reduction focused” at the expense of growth or innovation. Is Six Sigma to blame for this? Some say yes because it served as the pathway to get there. But the reality is just that – it is only a pathway. The destination was defined (whether knowingly or not) by leadership and Six Sigma was the enabler – and a powerful one at that.

As such, leaders must make sure that Six Sigma does not evolve into a life of its own but maintains its rightful place as a pathway to achieving the company’s vision. As a company’s vision and strategy is reshaped to satisfy ever changing markets and customers, Six Sigma must also reshape itself to complement these changes. It is this ability to constantly synchronize Six Sigma with a company’s vision that distinguishes true Six Sigma companies from those that are just “doing it.”