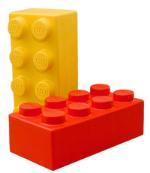 I read a very cool article in BusinessWeek yesterday called The Making of…a LEGO. (Brought to my attention via Slashdot.) While the article doesn’t actually talk about Six Sigma it does tell us a little about the manufacturing process of the LEGO bricks:

“The bricks are so meticulously made that the company claims that out of every 1 million elements made, just 18 will be declared defective and removed from the set.”

If you consider each completed LEGO brick one opportunity then LEGO is running a 5.63 sigma process. (Sigma process calculated with the Process Sigma Calculator). Not too shabby.

If you’ve got a few minutes on hand make sure to read the comments under the Slashdot reference. There is quite a bit to be said for and against Six Sigma including references to the recent Dilbert comic.