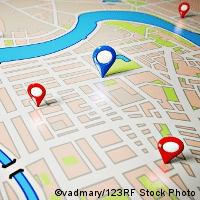 A leading environmental services company provides collection, processing, recycling and disposal of hazardous and non-hazardous materials for industrial and automotive customers. The company has branches all over the United States. The service representatives in these branches carry out services for geographically dispersed customers in their respective territories.

This case study describes how DMAIC (Define, Measure, Analyze, Improve, Control) was used to enhance the feasibility and quality of service routes, thus increasing user satisfaction and return on investment (ROI) on the routing software.

For a given day, the branch manager (also referred to here as the dispatcher) determines the order in which the services are to be completed by generating a document called a route sheet. This order of execution is based on customer preferences, pre-determined time windows and the availability of resources (e.g., drum capacity) for services to be performed. Using the route sheet, the branch service representatives drive their trucks to customer locations and complete the service order.

The volume of service orders per week is large – approximately 45,000 service orders each week across all branches. In order to maximize time and fuel efficiency, reduce freight spend and optimize routing, the company uses a third-party transportation management system (TMS) to assist with generating the route sheets. Routing is outbound and multi-stop, with about 12 stops per route (depending upon the line of business).

Service orders, service durations and customer addresses for each line of business are loaded into the TMS as shown in Figure 1. Using internal algorithms and the pre-determined factors mentioned above, the TMS determines the most efficient route between customers and generates the route sheet.

By definition, the TMS is expected to lower freight spend by proposing feasible service routes and by generating reliable estimates of travel time and distance. (Note: In the context of this article, the route is feasible if the service representative is able to complete all planned services on the route in the order and within the timeframe suggested by the TMS.)

The TMS efficiently optimizes the routing of approximately 45,000 service orders across 154 branches each week. Previously, system stability and user satisfaction had been improved and increased. There was, however, still room for improvement.

The branch personnel had two main issues that they wished to resolve: improve the route review process and improve route quality.

For example: The TMS may suggest that a service route has six stops, starting at Site A. Site A needs Service XYZ. Using pre-loaded information such as the number of pieces of equipment to be serviced and the service time, the TMS may determine that Service XYZ at Site A will take two hours. Using this information, the TMS calculates the expected arrival time and service time window for the next stop and for the remaining stops on the route.

The route generated by the TMS had to be reviewed before it was finalized to ensure that the route was, indeed, feasible.

In some cases, there were incorrect estimates of distances between locations on the route. For example, the TMS reported the distance between Site A and Site B as 20 miles, when in fact the distance was approximately 45 miles. Estimates of travel time and distance were directly affected. This was perceived as a serious technical drawback and it reduced user confidence and trust in the TMS. Further, these shortcomings adversely affected the performance metrics of the field workforce.

It was important to address these issues to improve routing efficiency and to increase user trust in the TMS with two goals:

The in-frame/out-of-frame tool was used to manage the scope of this project from the route management information technology (IT) and branch operations perspective – showing what was within direct control of the team and what was not. Internal algorithms and the optimization logic of the TMS were considered out of frame as was the weather (Figure 2).

At a high level, Figure 4 characterizes how a service route is generated within the TMS. Branch and customer addresses as well as service-order information is fed into the TMS. By using internal algorithms and calculating distances between customer locations, the TMS places customer stops on a service route, ending with the creation of a route sheet.

It was odd that some routes had incorrect estimates of time and distance while most were calculated correctly. Clearly, this was not a technical deficiency of the TMS but could be attributed to the location addresses on the sub-optimal routes. Discussions with the third-party vendor that developed the TMS revealed that the TMS parses each address fed into the system and converts it into a geocode; the geocode was then used to determine distances between locations. If the TMS could correctly decipher the entire address, the location was assigned a high geocode score. If not, the geocode score was low.

Handpicked Content:   The Cost of Customer Misalignment (& How to Fix It)

Next, the input-process-output tool was used to determine the most relevant inputs to getting good estimates of time and distance between locations. These are summarized in Figure 5.

The cause-and-effect matrix was used to further narrow down relevant inputs to the process of service route generation. Of these, standardizing addresses, correct geocoding and branch personnel training were considered the most important.

The most common factors affecting route feasibility were analyzed. Feedback from the field workforce revealed that factors such as customer site size and layout, road conditions such as traffic by time-of-day and construction work, seasonal variations, and weather conditions all had a large impact on travel and service time and, consequently, on route feasibility.

The service representatives are the ones who build rapport with the customers and perform the services at the customer sites. They are familiar with service route variables such as service site size and layout; customers’ preferred days and times of service; and traffic conditions such as congestion, road closures and detours along the routes. Using this combined knowledge of the TMS and the service representatives, the team could develop better estimates of route feasibility.

It was important that this valuable tribal knowledge was utilized in the service-route generation process. It was decided to develop a process that would allow the service representatives to review the software-generated service route and help modify it if needed – before service routes were finalized.

The 5 Whys tool (only four were required in this case) was used to determine the root cause of this issue.

As previously noted, when the TMS could not decipher some addresses, the system assigned those locations low geocode scores. Consequently, the time and distance estimates to and from such locations were incorrect. Across all branches, it was found that:

It became apparent that geocoding accuracy and routing could be greatly improved by using address validation and verification practices before data was fed into the TMS.

A detailed cross-system report was generated combining service order data, customer data, service information and the routing order in which services would need to be completed. The service representatives were able to review this report in advance and make suggestions and/or changes to improve route feasibility. After review, the routes were finalized and published.

Geocodes for locations on inefficient routes were analyzed, and addresses were verified, corrected and reconverted into a geocode. The new geocode scores were higher and, consequently, time and distance were estimated correctly. Steps were taken to further improve service order route quality included the following:

Service reps can now provide feedback on route feasibility. This has reduced expensive and time-consuming changes to the finalized route by 20 percent.

Location geocode scores are now displayed in the route detail window. Branch managers can quickly spot a low geocode score, and verify and correct the addresses as needed, thus improving overall route quality. All known incorrect locations with a poor geocode score were corrected and geocoded. The number of addresses with a low geocode score decreased by 20 percent. The start and stop routes from these locations now show an accurate estimate of time and distance.

Given the enormous number of customer locations, address correction is an ongoing effort. As locations with a low geocode score appear on the route, they are verified and corrected by branch personnel.

The company is now able to leverage data obtained from the TMS to improve the processes related to service order routing. Route feasibility estimation and route quality has improved. User satisfaction and ROI on the TMS has increased by ensuring more efficient routing. A rousing success all the way around!