Classical Shewhart charts are not very sensitive to small shifts in your process. This means you might miss a shift due to special cause variation. Small shifts are better identified by the use of a CUSUM control chart.

Overview: What is a CUSUM chart?

A CUSUM (cumulative sum) chart is a type of control chart used to monitor the deviation from a target value. The basic advantage of a CUSUM chart is that it is more sensitive to a small shift in the process mean than traditional Shewhart charts like the I-MR or X-bar charts.

The CUSUM chart and the exponentially weighted moving average (EWMA) chart both monitor the mean of the process. The basic difference is, unlike the I-MR and X-bar charts, they consider and weigh the value of previous data at each point.

Some disadvantages of the CUSUM chart are:

An industry example of a CUSUM chart

The Master Black Belt of a large consumer products company was asked to do a control chart on some manufacturing data. He sensed the current data was more reflective of the process than prior data. He chose to do a CUSUM chart knowing it would be better at detecting any small shifts in the process than the I or X chart. Shown below are both charts. Notice how the CUSUM chart detected and signaled the process shift faster than the I chart. 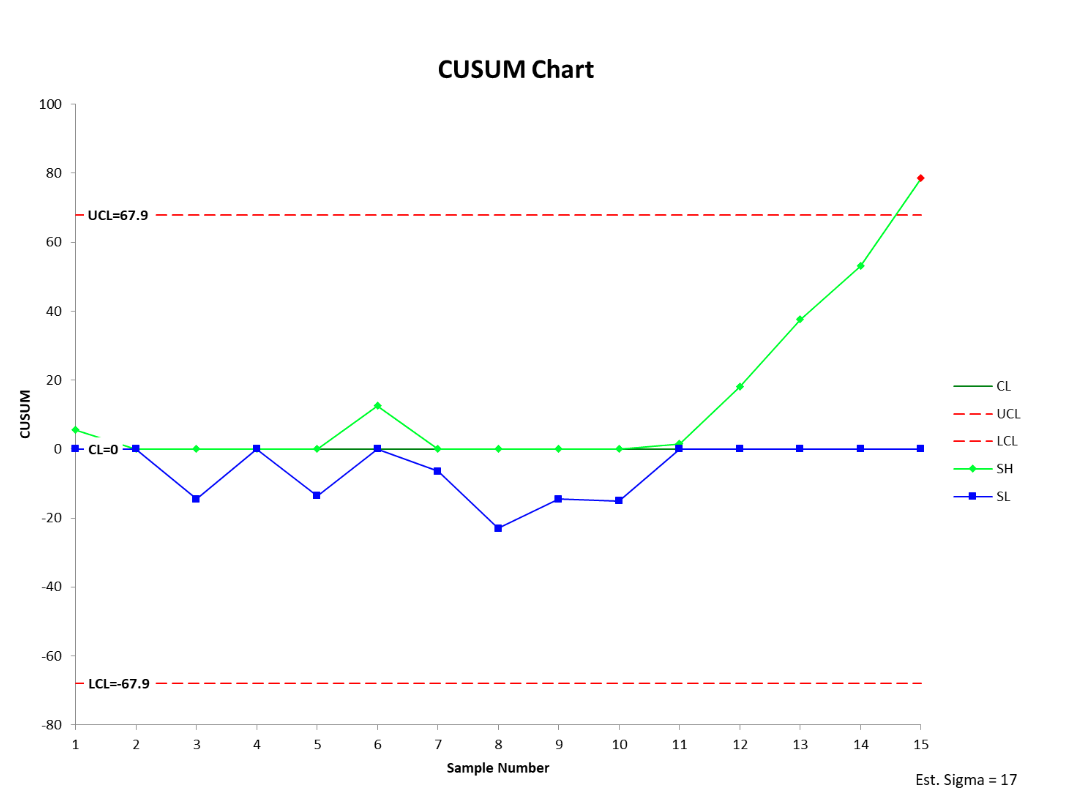 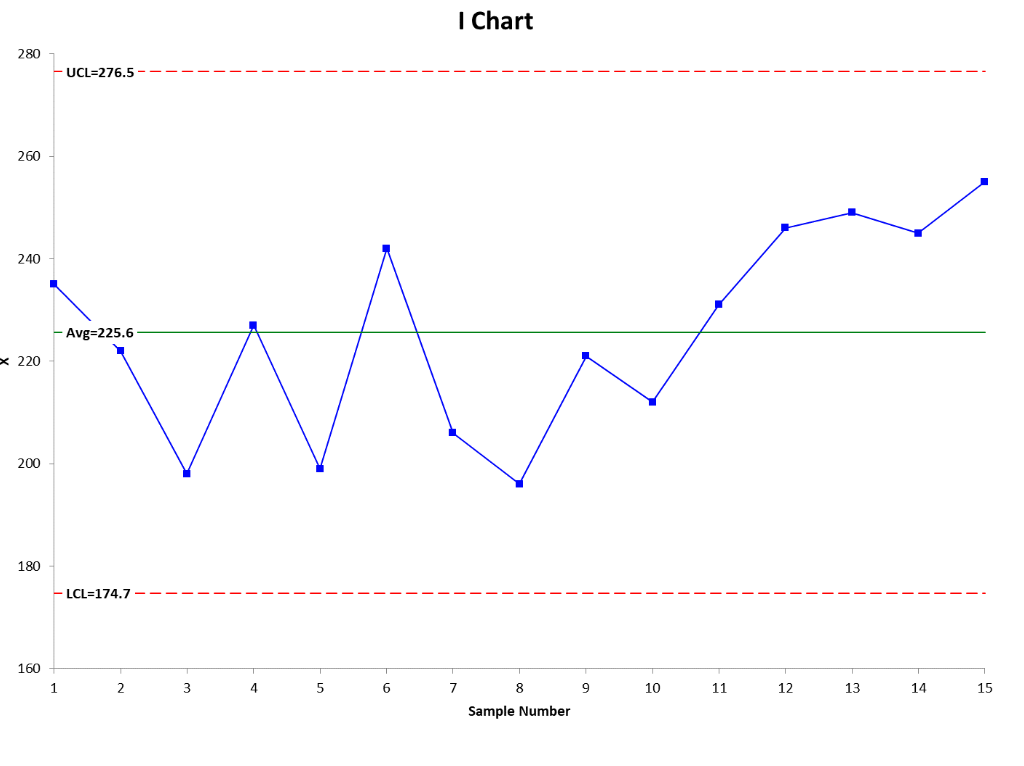 1. What does a CUSUM chart show?

CUSUM charts identify small shifts (between .5 and 2 standard deviations) in your process means by charting a statistic that incorporates current and previous data values from the process. Specifically, it charts the cumulative sums of the deviations of the sample values from a target value.

2. Which is better for detecting a small process shift – a CUSUM chart or an X-bar chart?

The CUSUM chart is better for picking up a small shift in your process but is less effective than an X-bar chart for detecting larger shifts.

3. Do calculations for a CUSUM chart weight all the data the same?

No. It places more value on current data and less on prior data. That is why it is more effective in picking up smaller changes in the process.