This is the second of two excerpts iSixSigma.com is publishing from Creating a Kaizen Culture. This week’s excerpt looks at ways to engage middle management in a culture of change at Bosch. Last week a team in a Fabrication Department at Hill-Rom Industries learned about continuous process improvement from Shigeo Shingo. 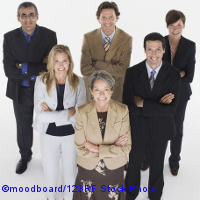 We have seen that operational excellence is achieved and sustained only with strong top-management commitment and support paired with an empowered and engaged front-line workforce. But what about the people who are caught in between these groups? The so-called middle management is a broad and diverse segment of any organization that must be engaged deliberately. There are unique challenges because on the surface it can appear that members of middle management have the least to gain and the most to lose as a result of a culture shift toward becoming more adaptive and improvement-focused.

The role of middle management during a Kaizen transformation must shift from decision makers to delegators, from problem solvers to problem-solving coaches, from subject-matter experts to process and facilitation experts, and from symbols of fear and power to powerful removers of fear [see table below]. The changes seen in people and organization are sometimes unbelievable, nothing short of transformational, and speak to the awesomeness of human potential.

When we introduced Kaizen to our middle managers, we told them that they are the most important people in the company for the success of Kaizen – more important than the CEO. I became very aware of this when I allowed a veteran middle manager who had no passion for Kaizen to lead one of the first pilots, and it was a huge flop. I was lucky because we had started with two pilots, and the other went very well.

We used the results from that successful pilot to help our middle managers understand that we would be providing them with tools that would make their lives very different. It is tempting to say easier, but this is not true. Kaizen takes a lot of discipline, and that’s hard, especially in our Latin culture here in Portugal, where we see rules as something you go around. It is only easier in a certain way, because you develop some tools that allow you to focus on areas other than on firefighting.

Our middle managers are normally workers with limited education who progressed up the ladder of the organization, so we give them a lot of training. Much of that is about leadership. Delegating is an area that I am very concerned about, because managers often equate it with losing power and influence.

I try as a mentor of my people to tell them that in a large corporation, we cannot personally look after every tiny little thing. Of course, we do have to attend to some specific points. But we have to delegate, we have to trust our team, and we have to manage them through a mentoring relationship. Delegating takes a lot of practice. Like sports, you have to train at it every day and overcome that urge to control everything.

Leading by example is also very important. I was on a benchmarking tour in Japan years ago, and a plant manager was explaining his operation to about twenty of us. Suddenly, he stopped his presentation and went to pick up a piece of paper that he saw on the floor. The factory was very, very clean, and this was very easy because he set the example and people followed.

We’re not perfect machines, of course. Sometimes you might be very tired and find it difficult to sit in the correct position for three hours. But it is very important that as a leader and manager, you are aware that you are constantly being observed. That’s the hard part of being a manager. But if you lead by example, your life as a manager becomes much, much easier. I am fully convinced of that.

We can take away three valuable lessons regarding the preparation of middle management from the experience at Bosch. First, it is important to start small, learn, and adapt. Although one of the two pilot projects failed, this showed areas where the Bosch leadership needed to work with middle management to shore up their competence and motivation. Second, the ability of middle management to delegate responsibility is critical to developing the next generation of leaders. Third, leading by example and being visible doing the right thing speaks louder than any words. These three points are true in the culture of any organization or country.

Handpicked Content:   Consider Kaizen and the Art of Motorcycle Maintenance

View Profile | View all posts by Jaime Villafuerte
A Kaizen Event with Shigeo Shingo at Hill-Rom Industries
Put Down The Shovel, Pick Up The BS Map