How to Encourage Green Belts 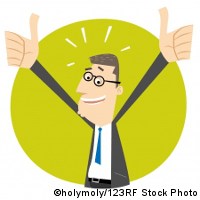 Coaching Green Belts (GBs) constitutes a primary responsibility of most Black Belts (BBs). Providing advice on which tool to use, directions on how to run a statistical test and input on preparing for a project tollgate review all exercise a BB’s technical know-how. But what if you can’t be assured of a GB’s enthusiasm for their project or even interest in being a GB?

Maintaining GBs’ active engagement in process improvement can be challenging. And if GBs are not engaged, it becomes increasingly difficult to keep their projects on track. Even getting employees to become interested in being a GB and working projects can be difficult if workplace culture regarding Lean Six Sigma (LSS) is substandard.

Greater challenges can exist if the GB is an hourly employee. Hourly employees’ schedules tend to be inflexible, and they may not have regular access to a computer. For any GB, this could be their first experience leading a team.

There are, however, a number of steps that a BB can take to work through some of these challenges, beginning by promoting a positive and strong LSS culture.

How to Strengthen an LSS Culture

All employees of a company that is employing LSS need to understand the basics of the methodology. There are innumerable ways to work within an organization’s culture to promote the benefits of Lean Six Sigma; the following list is not comprehensive. BBs – be creative!

How to Manage Green Belts

Even if everyone in the company is familiar with the basics of LSS, knows the names of the GBs and is aware of GB projects, a BB still has the challenge of keeping those GBs on track. Some suggestions to keep projects on track and GBs engaged are:

How Not to Support Green Belts

Sometimes what a BB doesn’t do is as important as what they do do when motivating a GB. BBs should avoid the following:

Consider the coaching story of Scott and Ray. Black Belt Scott posted a sign-up sheet for an upcoming GB class and when the sheet came down, Ray’s name was among those listed. When Scott contacted Ray about the class, Ray admitted that someone had written his name down as a joke and that he was not interested in becoming a GB. Suspecting that Ray hadn’t had the opportunity to see the benefits of LSS, Scott asked Ray to come to his office so he could show him something.

At the time, business was slow and other divisions in the company had laid off employees. Scott shared with Ray all of the LSS projects that had been done at their location and the money that they had saved. Scott explained that by doing these LSS projects their division was able to reduce costs, which was one reason their employees had been able to avoid layoffs. Because Ray worked in an area of the company that did not have any LSS projects, he had not directly seen the impact LSS can have.

Persuaded by the positive benefits of LSS, Ray ultimately agreed to go to training and chose to do a recycling project. His division was spending about $60,000 annually to dispose of items like cardboard and oil. Ray, in concert with Scott, drafted a project charter. Ray assembled a team and after two months they reduced the recycling spend to zero. After the third month they started to generate a profit.

The first time Ray presented his project he was nervous – public speaking was outside of his comfort zone. Scott practiced with him, and they arranged that if Ray needed help during the presentation he should simply look Scott’s way. A couple of times during the presentation Ray did look to Scott, who helped by adding a comment or two. He always shifted the focus back to Ray. It ended up feeling like more a discussion to Ray than a formal presentation, which made him more comfortable.

This recycling project continues to generate about $40,000 per year in revenue. Proud of what he and his team accomplished, Ray is now working on his second GB project.

The challenge to keep GBs engaged in their project is also an opportunity for BBs to help develop great project managers and leaders. With a little coaching and sometimes a little nudging, GBs can deliver amazing results – not just financially, but also personally. Promote their success as GBs deliver results, and soon there will be no shortage of candidates to lead GB projects.