A flowchart is a diagram of a process, using standard symbols to represent a variety of process activities over a specified timeline. Frank and Lillian Gilbreth introduced the “flow process chart” in their 1921 presentation to the American Society of Mechanical Engineers (ASME). The presentation was entitled “Process Charts: First Steps in Finding the One Best Way to Do Work”. It later was introduced into many core industrial engineering curricula.

Overview: What is a flowchart?

Some of the advantages of using a flowchart to describe your process are:

Some of the disadvantages are:

There are several diagrams which are referred to as flowcharts. Some of them are:

There are some common symbols which are used when constructing a flowchart. These are: 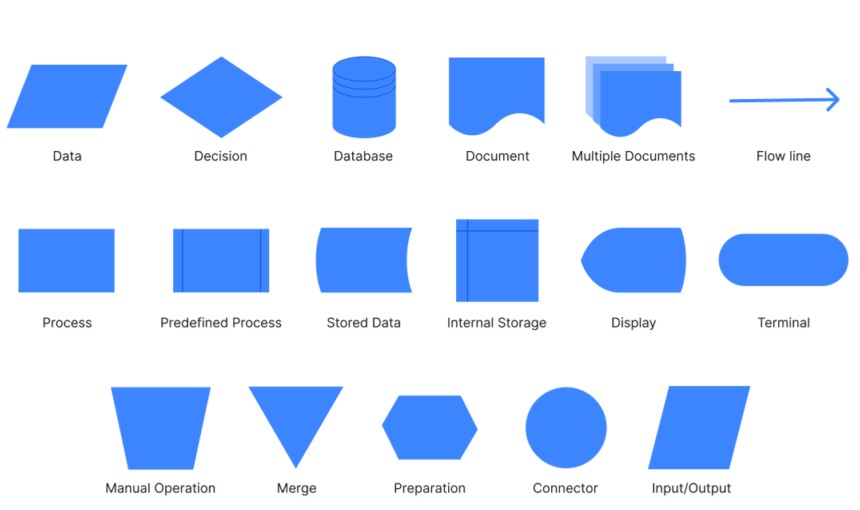 While there are several software programs for creating flowcharts, Microsoft Visio is one of the more common. Below is an example of how one looks. Note, that the functional work areas are listed on the left which is how a Swimlane diagram is constructed. 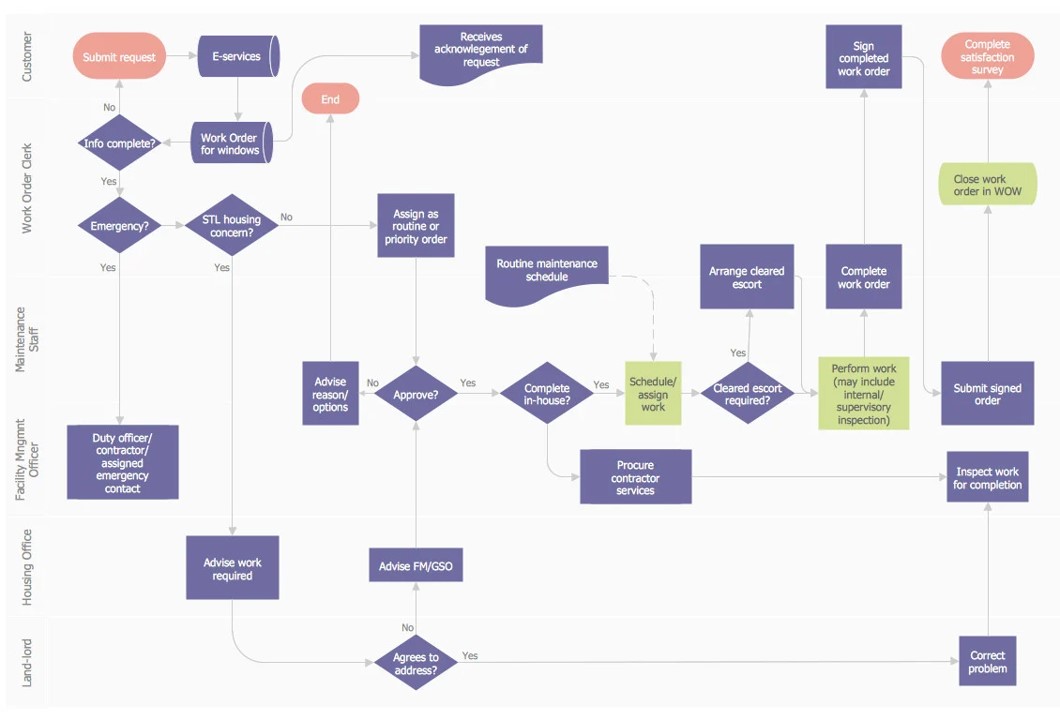 Example of a Visio flowchart

An industry example of a flowchart

A Six Sigma Master Black Belt consultant was challenged to do process maps for a major client. After weeks of working with the client, he developed a series of flowcharts to represent the major process components of the functional areas scoped within the project. Below is an example of one of the flowcharts using Visio.

1. What are some of the uses of a flowchart?

The flowchart can be used to:

2. What are some common types of flowcharts?

Some common flowcharts are referred to as SIPOC, Swimlane charts and Value Stream Map.

3. What are the steps for creating a flowchart?