What does it mean when you see the phrase Q1? Using the common phrase of consultants, it depends, the definition of Q1 is dependent upon the context of its use. Let’s examine the possible definitions.

While the phrase Q1 seems simple enough to understand, the true meaning will be a function of the context in which the phrase is being used. It may be a designation of time, or statistics or a quality program.

Overview: What is Q1?

Q1 as a measure of time – in many applications, you will want to break down the time elements of a calendar or fiscal year. It is common to divide a calendar year into quarters or three-month intervals. January, February, and March can be referred to as the first quarter of the year or Q1. April, May, and June could be referred to as the second quarter or Q2. The same pattern would be used for the remainder of the year.

Q1 as statistical measure – Much like the calendar year, your data can be divided into four sections or quartiles. Once you have ordered your data from low to high, you can find the value representing the first 25% of the data and refer to this as Q1. It is common to refer to the median as the point where 50% of the data values are larger and 50% are lower. The last 25% of the data is designated as the 75% or Q3 value.

These designations are usually found on a box plot as shown below.

Q1 as a quality program – In the early 1980’s, Ford Motor Company introduced a marketing tagline saying Quality is Job 1. The Q1 Award was established to recognize Ford and supplier facilities and organizations who have achieved a sustained level of excellence in customer satisfaction, while meeting systems and results requirements in Quality, Engineering, and Delivery/Materials Management. The tagline was replaced after 17 years with Better ideas. Driven by you. Below you can see one of Ford’s advertisements and a button worn by Ford employees: 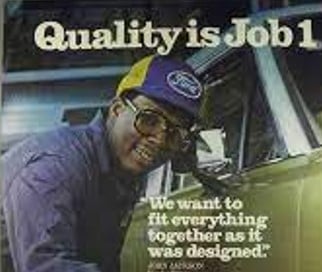 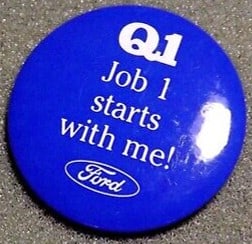 An industry example of Q1

The Six Sigma Black Belt (BB) of an electronics company wanted to analyze his data using a Box Plot. Note below how the data is represented as the 25th and 75th percentiles (Q1 and Q3). 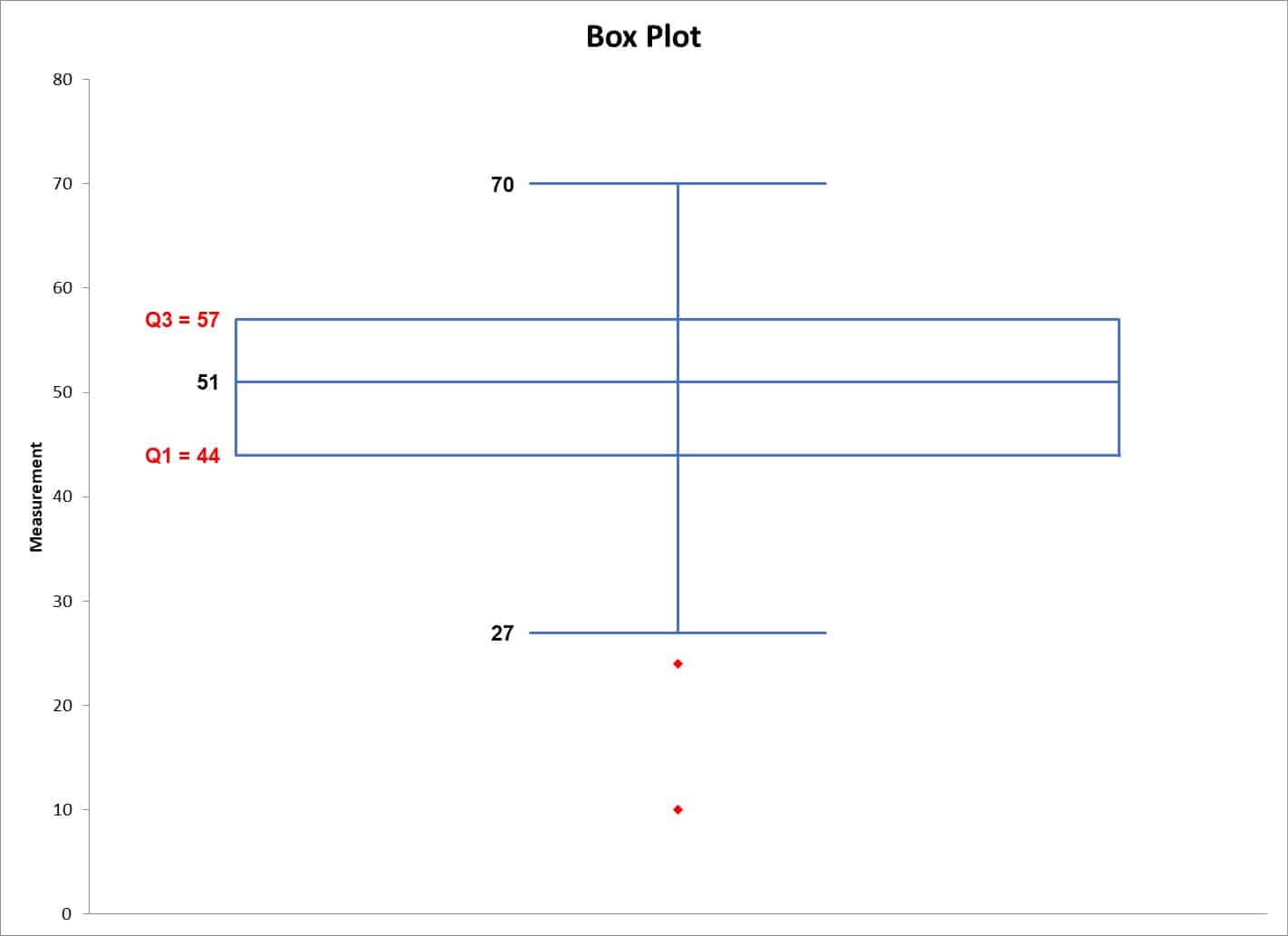 Q1 can mean the first quarter (3 months) of either the calendar or fiscal year.

What does the term IQR mean in statistics?

Why did Ford Motor Company establish their Q1 quality program?

The U.S. carmakers had gotten complacent, and their product was considered poor quality. Japanese cars were affordable, with excellent fit and finish. They were winning over even the most loyal Ford/Chevy owners, and market share was falling.

The slogan Quality is Job 1 and the accompanying Q1 quality program were established for two purposes: