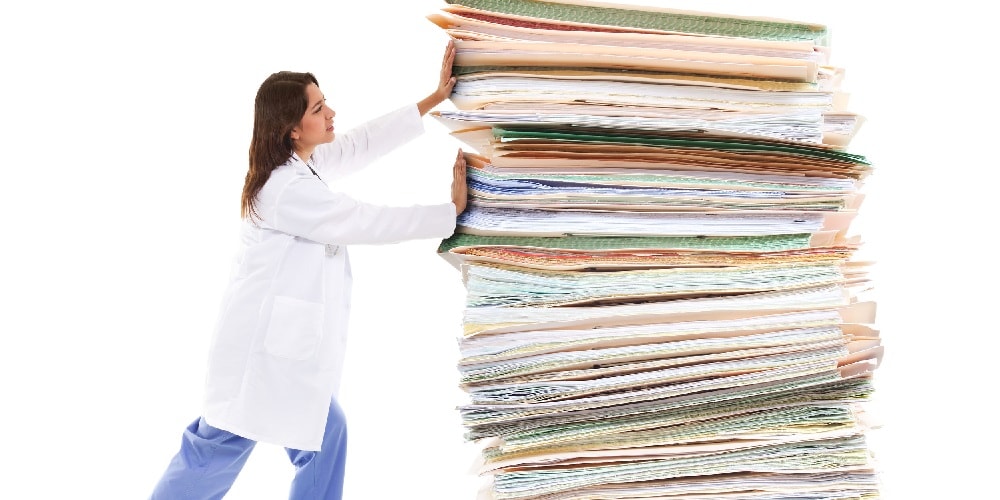 After graduating from medical school, the majority of medical students enter a medical residency program where a significant amount of clinical training occurs. Medical residencies provide a significant value add for the resident as well as teaching hospitals that host the residency programs. During residency, residents are increasingly exposed to a variety of clinical specialties, practices and tasks as well as a multitude of administrative items that must be completed in order to document their ability to perform clinical functions on patients. Additionally, hospitals are able to offset physician shortages by using residents for care and have the ability to generate significant revenue from hosting a residency program.

Despite the benefits of residency programs, there are inherent risks that the hospital assumes by using residents to provide care. Beyond the obvious risk of adverse patient outcomes and sentinel events (an unexpected occurrence in a healthcare setting that results in serious injury or death), there is also a more prevalent risk related to completion of required administrative tasks. While adverse patient outcomes are a serious threat, their likelihood of occurrence is low and ability to detect is high. Residents do not perform care on patients without the supervision of an attending physician. Residents also frequently ask questions to crosscheck other physicians as a part of the learning process, mitigating the risk of adverse outcomes and sentinel events.

Administrative tasks, however, are typically seen as having little-to-no value add by both residents and attending physicians. They are frequently pushed to the bottom of to-do lists when the prospect of a surgery or a rare clinical case presents; there is little ability to detect when they are not completed until it is too late. Not completing an administrative task will likely not result in a serious patient safety event, but there is a high likelihood of tasks not being completed, limited ability to detect when they are not completed and, ultimately, the potential of losing revenue from the residency program when an external audit yields that administrative tasks was not appropriately documented.

Lean Six Sigma (LSS) tools show promise for improvement opportunities across the healthcare industry. A midwestern community hospital in Ohio started a Six Sigma program in 2012 and since then has used the methodologies across the majority of hospital functions—clinical and non-clinical. In a recent project, the Orthopaedic Residency program used the DMAIC (Define, Measure, Analyze, Improve, Control) methodology to increase their on-time resident task completion rate. This article shows the benefits of using LSS methodologies to generate significant improvements with limited resources and funding.

To help focus the team, the project lead started with a project charter to define the problem they were trying to solve for as well as the goal they were aiming to achieve.

Problem Statement: From April 2018 through June 2018, 38 percent of resident tasks (62 out of 163 opportunities) were not completed on time and were, therefore, delinquent. This is bad because these tasks are requirements for the Accreditation Council for Graduate Medical Education (ACGME), the Medical Education Department and/or the Orthopaedic Program. If resident tasks are not completed on time it can result in the resident being dismissed from the residency program.

Goal: The primary goal was to decrease the resident task delinquency rate from 38 percent to 23 percent by September 30, 2018.

Additionally, by increasing the on-time completion rate we are increasing resident and program coordinator job satisfaction. This, in turn, ensures the sustainment of the program by effectively reducing the time spent remediating poor performance and reducing the risk of resident dismissal.

Project Scope: The process begins with the new resident orientation and ends with the six-month resident checkpoint evaluation.

Measurement and Analysis of the Data

A data collection plan was completed first to identify which administrative tasks were the primary focus of the project. The team determined that the tasks required of the ACGME were of primary focus since those would be the focus of an external audit conducted by the ACGME. Data was then collected to determine the baseline delinquency rate for each of these tasks as well as the combined delinquency rate for all tasks (Figure 3). The primary outcome metric for the project was the combined delinquency rate, which was determined to be 38 percent (62 out of 163 opportunities) between the measurement period of April 2018 through June 2018.

Figure 3: Number of Residents Not Completing Tasks by Task Type

The team brainstormed potential root causes associated with a delinquency rate of 38 percent and used multi-voting to identify the primary root cause (Figure 4).

Figure 4. Results from the Multi-Vote on the Potential Root Causes

The results of the multi-voting activity indicated that the primary root causes were the following:

Handpicked Content:   Improving the Productivity of a Service Team

The team determined that the organization has little control over the first two root causes, so, in turn, chose to identify solutions that would address the lack of an accountability structure.

Once the root cause was identified, the team performed a second brainstorming activity to develop a list of solutions that would help enhance accountability. A risk identification and mitigation plan was then put together for each of the solutions in order to help determine which of the solutions carried the lowest risk if implemented.

A visual display board was chosen as the improvement solution given that it was quick and easy to implement with little-to-no risks associated with it. Additionally, visual display boards are commonly used in process improvement projects because of their effectiveness with sustaining long-term process improvement initiatives. The team chose to use a combination of colors, numbers and symbols to indicate progress. There are several individuals on the team who are red-green colorblind and would not have benefited from color alone as an indicator of progress. Figure 5 shows the visual display board implemented in the orthopaedic didactic lecture room. Residents have daily meetings in the lecture room and are therefore able to see their progress each day.

Following the development and implementation of the visual accountability board, the team finalized its control plan to ensure long-term sustainability of the improvement. The control plan outlined various crosschecks as well as defined timelines for when – and how – to react based on the level of delinquency for each administrative task.

The team felt that all of the tasks required by ACGME were important, but some tasks cannot be made up if the deadline to complete them has passed. As a result, the control plan established firmer reactions for falling delinquent on those tasks when compared to tasks that could be made up should a resident fall behind. Once implemented, the team collected control data to monitor the success of the solution. After the improvement data was collected, a chi-square test determined if the results were significantly different from the baseline results. The improvement results (shown in the table below) showed statistically significant improvement in three of the seven categories including the overall delinquency rate, which was the primary outcome metric for the project.

Goal achieved! The primary goal was to decrease the resident task delinquency rate from 38 percent to 23 percent; the project in fact surpassed that goal with a post-implementation delinquency rate of 20 percent.

The project sponsor highly regarded the significant change in delinquency rates for the duty hours and case logs tasks because these are two tasks that need to be completed in residency as well as private practice.

While the primary goal of the project was met, the team felt as though there were still many opportunities for continuous improvement that would further decrease the delinquency rates.